According to a recent tweet posted by “MebiuW“, coming via “Videocardz“, one Codename for AMD’s future Ryzen 5000 series Zen 3 processor lineup has been spotted. This new future CPU lineup would be codenamed as “Warhol“.

Andy Warhol was an American artist, film director, and producer who was a leading figure in the visual art movement known as pop art.

“Warhol” appears to be Vermeer’s direct successor.  We can spot one internal roadmap from the slide shared by MebiuW, in which “Warhol” and another “Raphael” next-gen CPU lineup has been mentioned.  MebiuW has since then deleted his original Tweet sharing this info.

Nonetheless,  this user has a strong track record of posting reliable leaks in the past and as such, this leak could very well turn out to be true. But I would still suggest taking any “early” rumor or leak with a huge “grain of salt”.

With that said, let us focus on the roadmap. “Warhol” is rumored to feature Zen 3 cores fabbed on the 7nm process node, similar to ‘Vermeer’. ” Raphael” Ryzen 6000 series on the other hand might feature a new ZEN 4 architecture fabbed on the 5nm process node.

This sort of “contradicts” and debunks the previous leaked article as posted by “Digitimes”, in which it was stated that Vermeer CPUs are going to be manufactured on the 5nm+ node. There is very little possibility this might even happen given how tough the transition is going to be coming from a N7/N7+ node to the N5 process node, since the design rules are also different, and it would be difficult for AMD to do this in a short interval of time.

The previous leak from Digitimes most likely refers to 5nm+ Mobile “phone” Chips as evident from this Tweet.  So don’t expect Ryzen 4000 Vermeer to utilize the 5nm+ process node.  The “Raphael” Ryzen 6000 series codename on the other hand refers to the successor to “Warhol”, which will be based on the ZEN 4 architecture fabbed on the 5nm process node.

So there you have it. There are more questions surrounding this leak than concrete answers, so we can’t jump on any conclusion based on this leaked roadmap.

If you look closely on this leaked slide, you can see the word “Nav” printed under AMD Raphael codename which according to my guess refers to NAVI with Raphael having a built-in iGPU of some sort. That, or there is some kind of interconnect/link between this Navi-based GPU and CPU. Once again we are not fully sure. 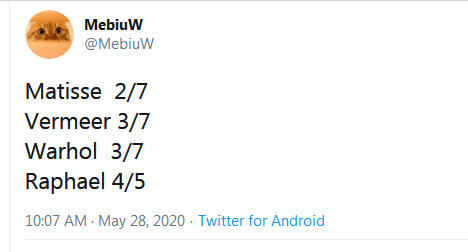