According to a recent listing spotted in the USB Implementers Forum website, it is expected that AMD might have few more NAVI RX 6000-series Graphics cards based on the RDNA 2 architecture in the pipeline. However, the submitted entries do not confirm whether the GPU codenames listed refers to the Navi 21 or Navi 22 variants.

A new XTXH GPU variant has been listed in the USB IF website alongside the XL, XT, XTX SKUs. It is unclear where the XTXH might land up, but it could be a high-end successor to the current RX 6900 XT graphics card, which is based on the XTX Navi 21 silicon.

Alternatively, it could also be a Mobile GPU variant, or the RX 6900 non-XT desktop GPU, but nothing can be confirmed at this point. A new XLE GPU variant has also been spotted, which could be a lower end product from AMD. 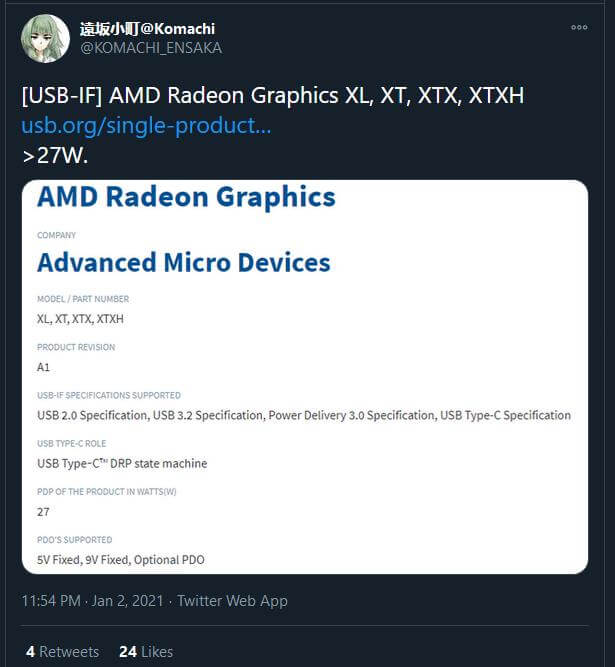 All these Navi GPU entries are listed with a PDP/Power Delivery Profile of 27 Watts. This could mean the USB Type-C connector is apparently supported by these products. Some current “reference” design AMD Radeon graphics cards support this new USB Type-C interface. 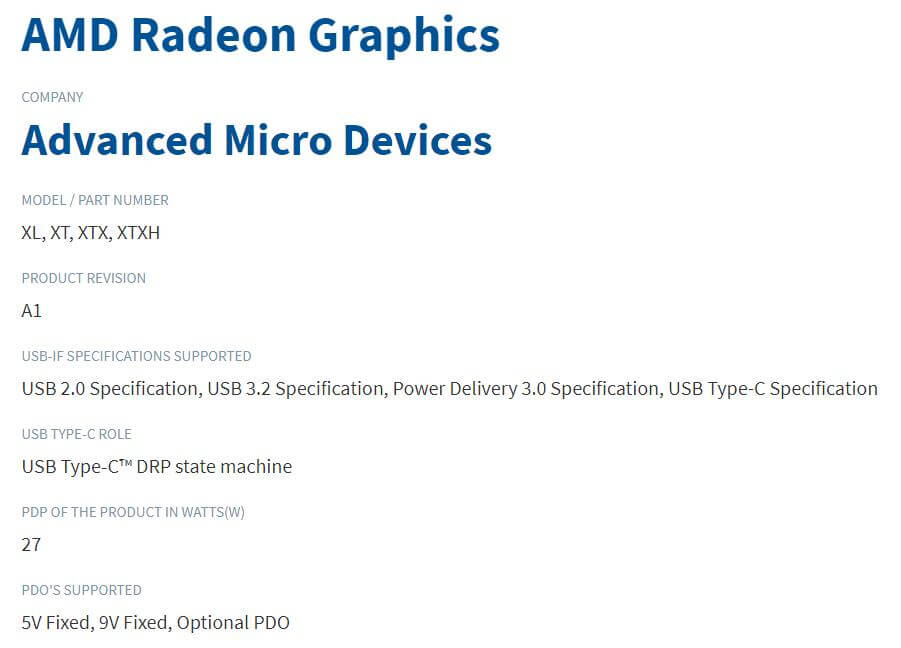 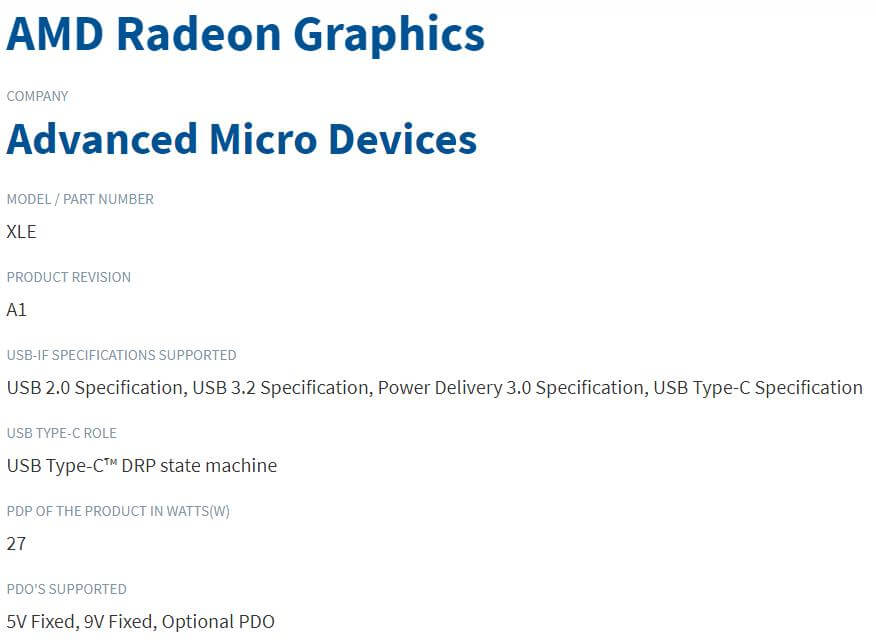 @KOMACHI_ENSAKA also spotted a new AMD Radeon product codenamed as Nashira Point, but again it is not clear whether this is an upcoming Navi GPU variant, or just an internal codename for an existing product released by AMD. 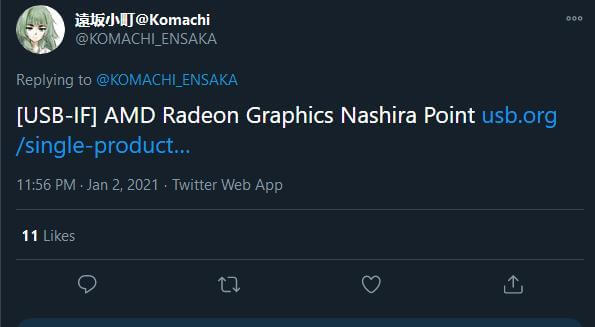 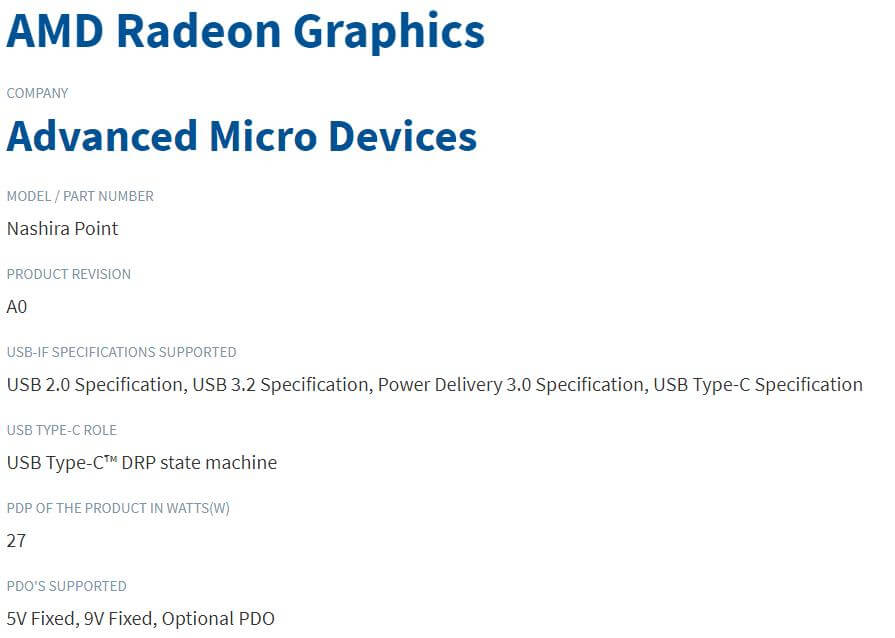 There is another possibility that the XTXH GPU variant might sport the HBM memory type, hence the H suffix, but this is just based on pure speculation. HBM is a dense, stacked version of memory with high-speed interfaces that can be used in advanced packaging. Samsung and SK Hynix make HBM chips.

On the other hand the first GPU chip utilizing HBM2 was the Nvidia Tesla P100 which was officially announced in April 2016.