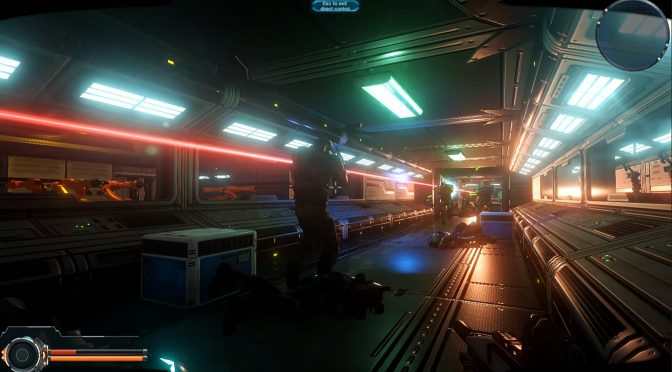 Hesketh Studios has announced that its new RTS/FPS hybrid, Executive Assault 2, is coming to Steam Early Access on October 18th. Executive Assault 2 promises to let you build and command fleets of starships for epic space battles, pilot fighters, mine and trade resources, assemble robots to defend or assault other stations.

The final version will have a single player campaign, map editor, Protester mode where you can join into any persons online game as a protester, more technology and more music. A better user interface will also be added, and placeholder assets will be upgraded to more bespoke permanent assets.