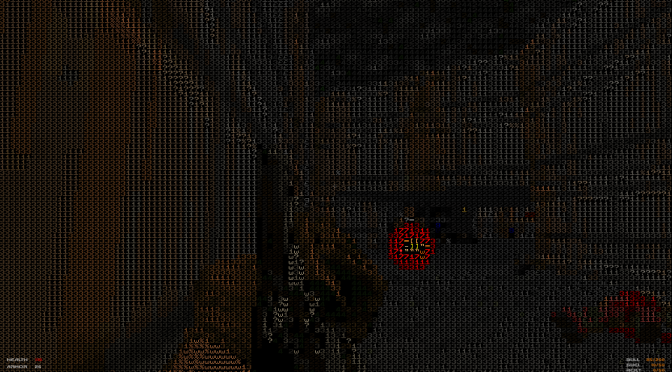 I still consider The Matrix trilogy one of the best trilogies to date. Sure thing, some hate the second movie but if you have any idea of how PCs work – in other words if you are neeeeeeeeeeerds – you can easily understand what The Architect says (which mind you makes perfect sense) and the role of The One in this whole thing.

But anyway, one of the coolest things in the first movie was at the end when Neo was able to see the code of the agents and the surroundings inside the Matrix. And Dario-Zubovic has released a port of the first Doom game that lets you experience it in pure ASCII mode.

As the modder noted, 1337d00m is a hacker’s version of the original DOOM that presents everything in ASCII code. All monsters, environments, weapons and projectiles are in ASCII, giving the game a different look. And you know what? It’s actually pretty cool.

What’s also really cool here is that this fan-made game uses the Unity Engine and is not based on its old Doom engine. As such, 1337d00m comes with various improvements (like mouse look, though as we all know this was resolved via the various 3D-accelerated Doom source ports (like GZDoom).

Those interested can download 1337d00m from here, and below you can find a video from Nostalgia Nerd that shows this game in action!