SuperData Arcade has issued some interesting sales figures. According to them, Rise of the Tomb Raider sold almost three times as many units on PC than it did on console during its first month. Do note that this is only for digital sales, and not for overall sales.

“Initial sales numbers on digital console forRise of the Tomb Raider were soft, due to sharing its release date with Fallout 4 and its exclusivity to Xbox One. The game sold almost three times as many units on PC than it did on console during its first month.”

Below you can find the top games for the PC platform in a number of categories: 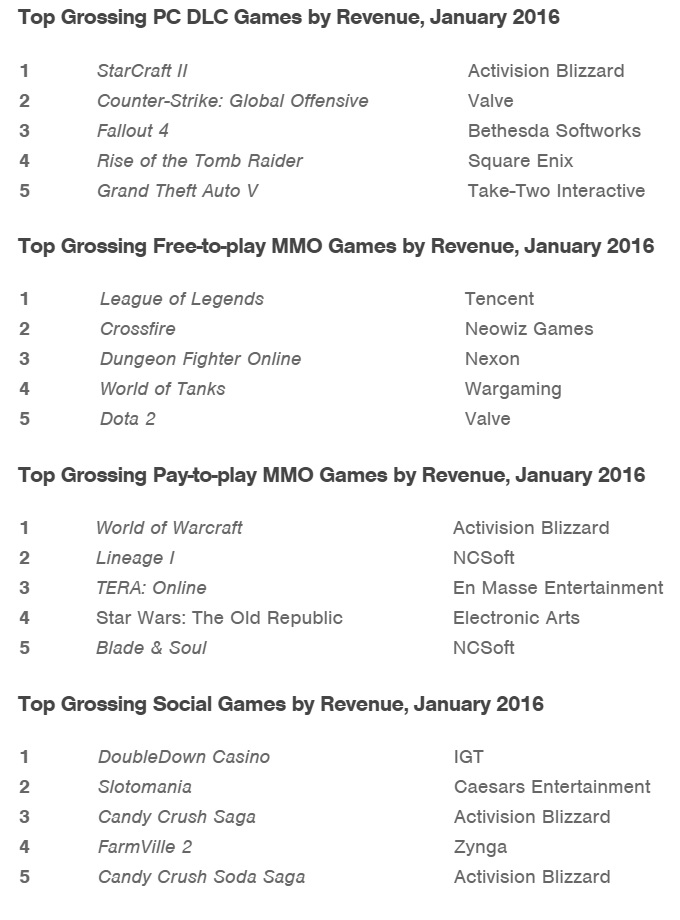