Swiss retailer WOG.ch has listed Battlefield 5 as a tactical shooter that takes place in WW1. According to the retailer, Battlefield 5 will be released on October 25th and is coming on current-gen platforms only (PC and current-gen consoles).

Now as always, we strongly suggest taking this with a grain of salt. Electronic Arts had already stated that the next Battlefield game will be set in modern day, so this listing could very well be false. 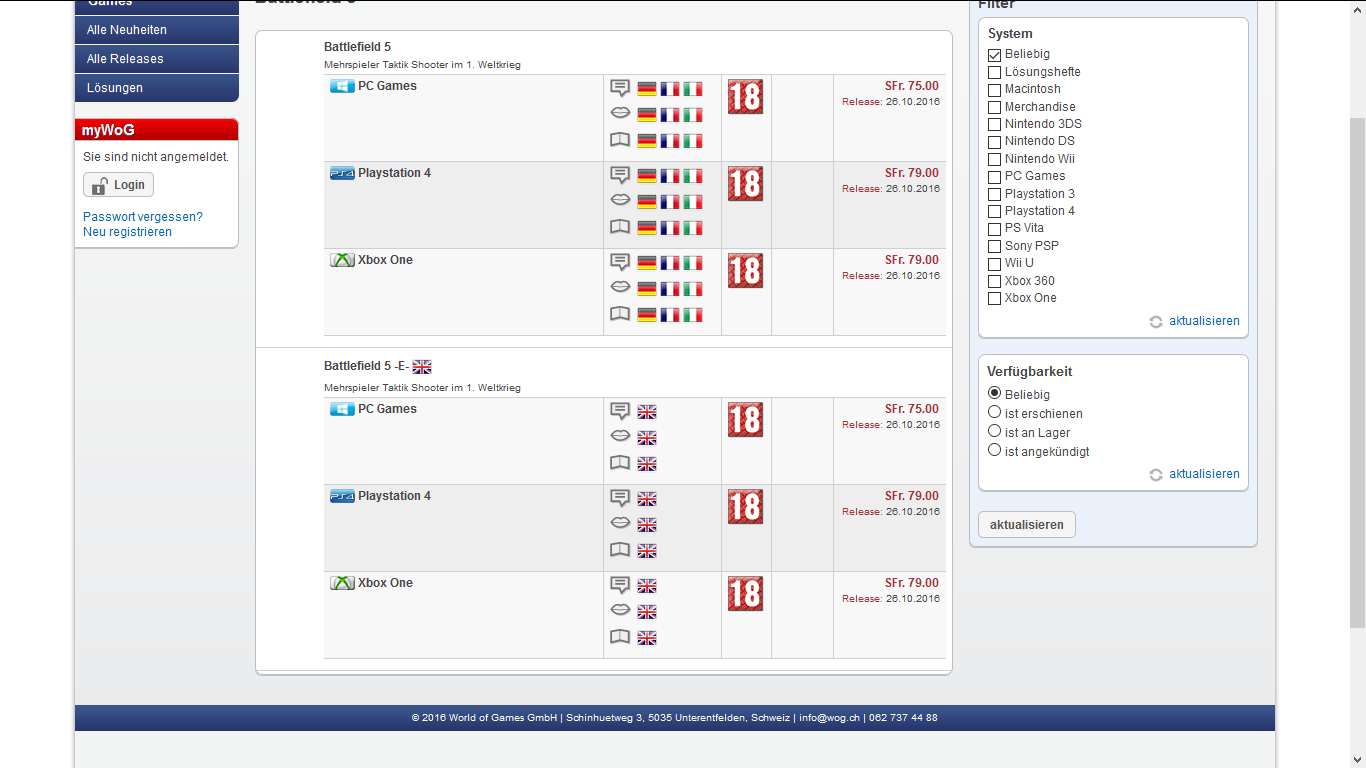 For what is worth, the Swiss retailer has edited the game’s description (which now reads “multiplayer tactical shooter”).

So this was either an unintentional leak or a simple mistake. As we’ve already said, take it with a grain of salt!