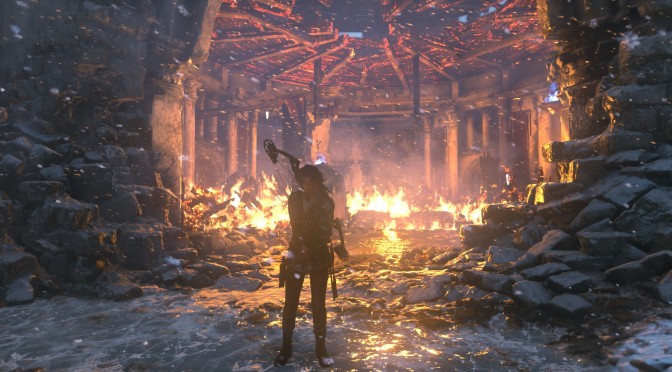 It appears that Nixxes is currently working on a DX12 update for the PC version of Rise of the Tomb Raider. As you may have heard, a DX12 .dll file was included in the PC version of the game. And while the game does not currently support Microsoft’s latest API, the first PC patch that was recently released added a hidden new DX12 option to the game’s launcher.

For what is worth, the DX12 option does not currently work. Our guess is that Nixxes included before adding support to DX12, meaning that a later patch will most probably enable DX12.

The above results can be achieved by replacing ROTTR.exe with the original executable from the retail version. Steam owners can do so by opting into the Beta branch.

Moreover, it appears that Nixxes will add support for NVIDIA’s TXAA anti-aliasing option. The game currently supports FXAA, SMAA and SSAA. Our guess is that a future patch will also add NVIDIA’s TXAA.

Rumour also has it that NVIDIA’s VXAO will be added to the game, though both Nixxes and NVIDIA have not commented on this yet.

Kudos to Reddit’s member ‘-Olek‘ for finding it out!