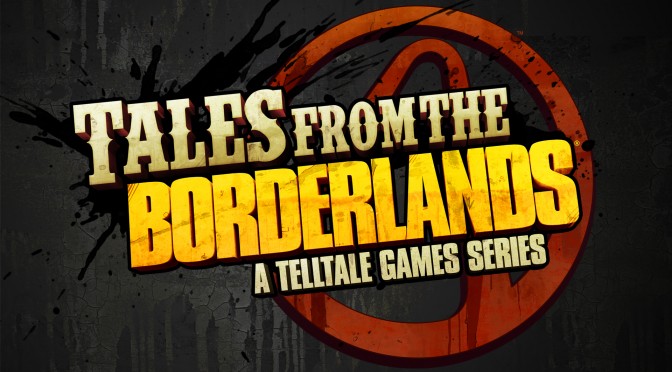 Telltale games has been known for making episodic story-driven games that seem too short and this one is no different. I’ll try and not spoil it for anyone that may have not heard about this title and want to pick it up. Tales From The Borderlands – A Telltale Games Series has all the elements of Borderlands that you enjoy; from the story with its comedic characters to an engaging storyline. The story mainly revolves around 2 characters and like other Telltale titles, the actions of these characters affect the story and have major consequences. 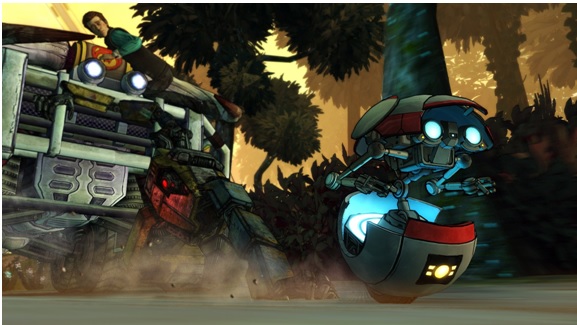 The main goal at the beginning of the game (if you choose Rhys) is to meet up with a man to buy a vault key from someone in Hyperion Headquarters. This is where you run into a vault hunter and the other main character, Fiona. Fiona has a sister who is trying to make a deal. However, things go wrong and her plans are crashed by a number of psychos, their boss, and some vehicles.

Our two characters are then trying, together, to run from Hyperion and all the other forces that have been sent to slaughter/capture them. The tale has some interesting action sequences and a heartfelt story between two sisters. As the story advances, our characters finally accept each other. Everyone’s favorite antagonist from the series makes an appearance, but only as a mental manifestation. That’s right if you thought Handsome Jack would be left out of this story, you would be mistaken. Handsome Jack becomes a pivotal piece in the whole story, as he presents you with difficult choices in order to win your trust. 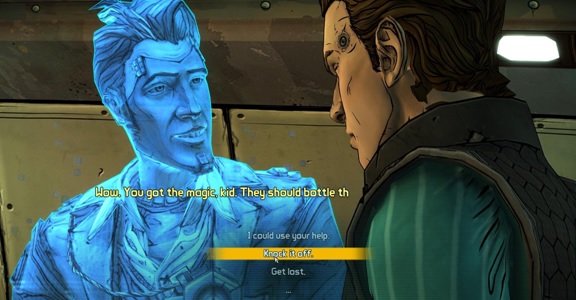 At the end of each chapter you are presented with how your choices stack up to those of other players. It’s kind of funny to see what and if you’ve done differently. I enjoyed getting lower percentage choices just because I felt like my story would vary vastly from others. The ending of the story is not what I expected at all. While it was actually kind of enjoyable, it did not live up to my expectations (and not just in a M. Knight Shamalamadingdong way). If you enjoyed the music from the Borderlands games you’ll definitely enjoy the great mid-western twangy-ness of the soundtrack. All I can say is that the music is a perfect fit for this game.

All in all the game was satisfying and I got it when all the episodes were out. I sat down, expecting to be playing an episode each session, until I found myself finishing the whole game. I was really excited to see the next chapter. It took me about 12 hours to finish it and for its price ($15) it’s well worth it, especially if you are a fan of Borderlands.