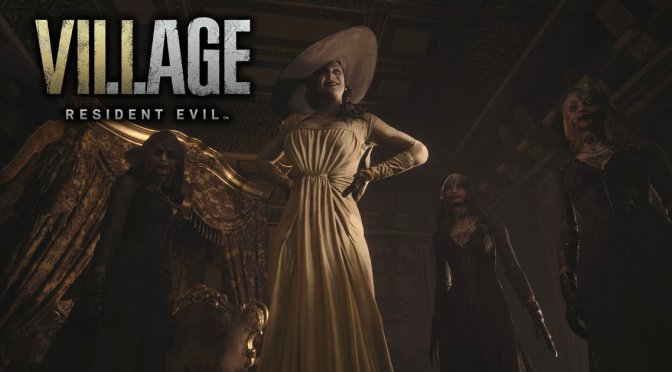 However, the lesser enemies felt generic and uninspired, and the last few hours of the game felt like a chore. It could have been a much better game in general without the wrecked ship part.

So far Resident Evil 8 looks quite good, featuring impressive graphics, and very interesting characters. With Ethan not being one of them. Hopefully in this game Ethan will be more interesting, because in the previous game was dull as dishwater.

In a recent interview with IGN, Art Director Tomonori Takano spoke about Lady Dimitrescu. She is one of the main villains in Resident Evil 8. Lady Dimitrescu is a 9 feet vampire – witch – baddie, who will probably clash with Ethan in several occasions.

According to Takano, he “tried to forget the design logic of the past and began to think about the best ways to create fear”. He also said they are “using similar concepts of ‘Evil’ like we did in Resident Evil 7 Biohazard, which was neither based on normal humans nor zombies”.

And it seems his bet paid off, at least so far. Because many fans already love her, for many different reasons which I will not mention. Though I could, but I won’t.  Let’s just say she looks intimidating, and that’s enough for me.

Brace yourselves for incoming mods!

You can also watch the latest Resident Evil Village trailer below.