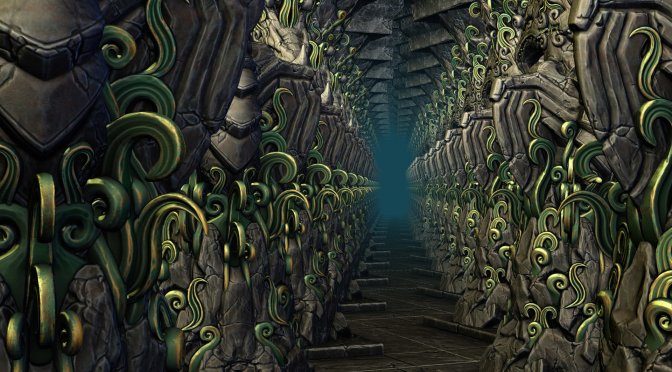 The 3DMark Mesh Shader feature test shows how game engines can improve performance by using the mesh shader pipeline to efficiently cull geometry that is not visible to the camera. The test scene is a hall containing many rows of highly detailed, carved pillars. As the camera moves through the scene, the pillars in the foreground block the view of those further back.

Furthermore, the 3DMark Mesh Shader feature test includes an interactive mode that helps you visualize the benefits of using mesh shaders. Users can pause and jump to different parts of the timeline and change settings in real-time. Additionally, they can use visualizer options to highlight meshlets or see the level of detail (LOD) used for each meshlet.

Below you can find a video, showcasing this feature test (running on an RTX3080).