Steam Spy is Steam stats service based on Web API provided by Valve that automatically gathers data from Steam user profiles, analyzes it and presents in simple, yet beautiful, manner. And according to its creator, a number of games increased their prices just before Steam’s Autumn Sale.

A number of games increased their prices just before the Autumn Sale so they can offer a "discount" during it. Again. Why is it allowed?

As Polygonien claimed, the increased price for Epistory might have been tied to the recent release of chapter 2. This is a legit reason, so let’s exclude that one from the list.

@Steam_Spy the increased price for @epistorygame might have been tied to the recent release of chapter 2. It's early access after all.

SteamSpy’s creator did not reveal any other games that were affected by this phenomenon.

For what is worth, Bugbear Entertainment released today a new patch for Wreckfest that introduced – among some fixes and general improvements – a new playground. Normally this shouldn’t justify an increase to a game’s price, but this could very well be the case (unless of course the game’s price gets back to $29.99 when Steam’s Autumn Sale ends).

SteamSpy is not the only source that shows this – somehow – abnormal price increase for some games just before the launch of Steam’s Autumn Sale.

As we can see here, various games saw an increases just before Steam’s Autumn Sale. Among them are Sniper: Ghost Warrior, Duke Nukem 3D, LEGO Batman 3: Beyond Gotham Season Pass, the Syberia series and Overlord: Fellowship of Evil. 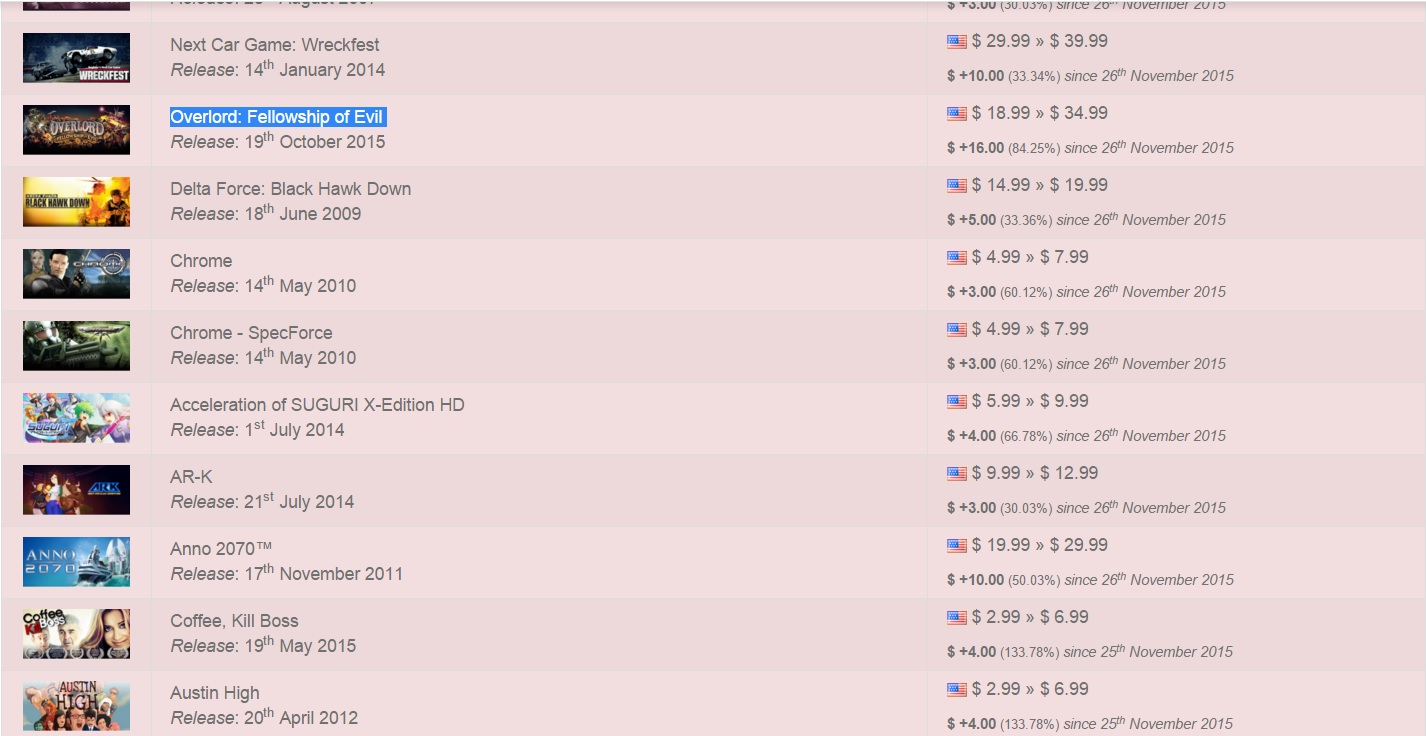