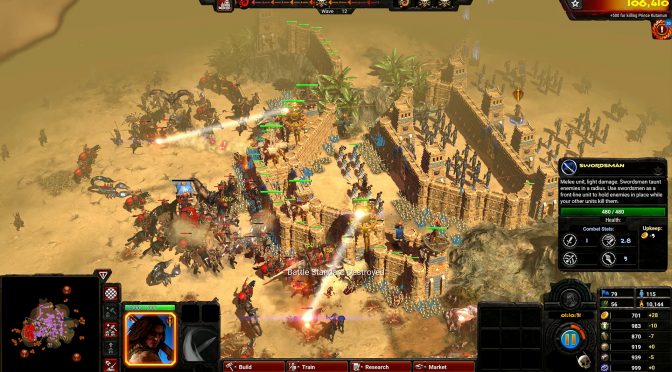 Funcom announced today that the upcoming RTS game created by the Command & Conquer veterans at Petroglyph, Conan Unconquered, is now due to release on May 29th. The game was originally meant to come out on May 30th, however Funcom decided to release it one day earlier than previously planned.

“We’re eagerly looking forward to launch and to getting Conan Unconquered into the hands of players. The game has really come together and although the skill cap is high, it’s tremendously fun to play.”

The upcoming RTS has already received positive previews, with several journalists comparing it to the highly successful game They Are Billions. The game has a number of features that set it apart from the other games in the genre, however. Among them the fact that you control a hero, as well as the army you amass. Also, the game’s co-op mode and the newly announced challenge mode, in which players can challenge one another on a unique map with a unique leaderboard, look to be welcome additions to the RTS genre.

Funcom has also revealed the game’s official PC system requirements that you can find below.