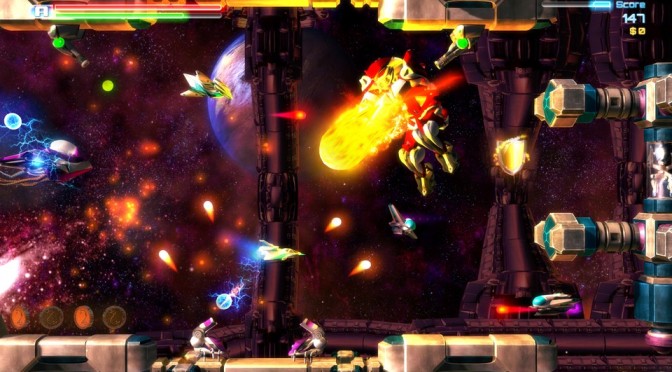 TJ Townsend has informed us about a new 2.5D shmup he’s been working on. We’ve shared TJ Townsend’s work in the past (he’s the man behind the HD concept art remake of Metroid) and Pythetron looks really interesting. The game’s Kickstarter campaign aims to raise $5K in total, and has 26 days in order to meet that goal.

As its description reads, in Pythetron you control the speed! If you are up for it, you can put the pedal to the metal and blast through each level, dodging obstacles, dealing damage to your foes and discovering tricks that make each stage completion challenging and rewarding. You can use speed to strategically advance through the game, or be lighter on the throttle and meticulously plow through your enemies as you choose your route across the galaxy.