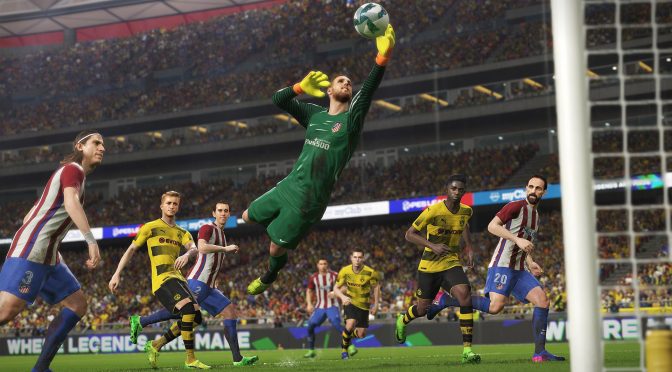 Pro Evolution Soccer 2018 has just been released on the PC and Konami has also released its PC demo. This demo is identical to the one released for consoles on August 30th, and includes twelve teams (eight club and four national teams), two stadiums, as well as two game modes.

Going into more details, the teams and stadiums that will be included are:

Contrary to last year’s offering, the PC version of Pro Evolution Soccer 2018 is identical to its current-gen version (PS4/Xbox One). The game is powered by the FOX Engine and as such, we can safely say that its PC version is the definitive version.

We already got our hands on the retail version and will share some 4K screenshots – as well as a full match – this weekend, so stay tuned for more!