Konami today unveiled the complete list of the game modes that will be featured in its latest soccer title, Pro Evolution Soccer 2014. According to the team, there will be four main categories: Match, Football Life, Competition and Training. The first category comes with Exhibition matches, as well as Ranking, Friendly and Teamplay Lobby matches, while the second one is packed with Master League, Become A Legend and Master League Online. The third category sports a variety of Cup and League competitions, while the third one features a Performance and a Free training mode. PES 2014 is planned for a September 20th release on PC, X360 and PS3. Enjoy! 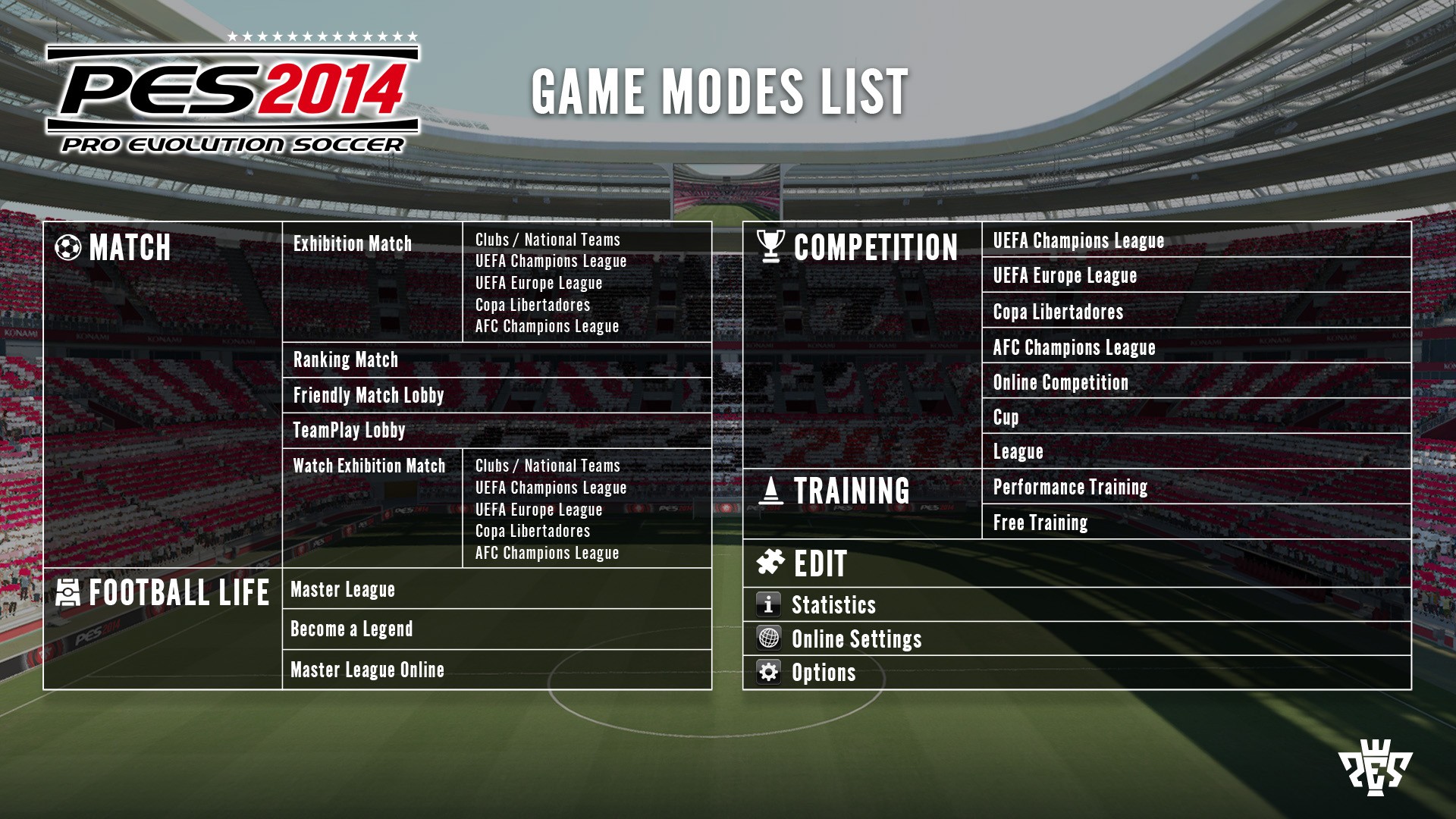