Playerunknown’s Battleground appears to be a huge success on the PC. According to Steamcharts, Bluehole’s battle-royale title has managed to top Grand Theft Auto V and has climbed in the 4th place of Steam’s games with the highest peak player count of all time. Not only that, but according to Steamspy, the game closes to 5 million sold copies, even though it’s still in its Early Access program. 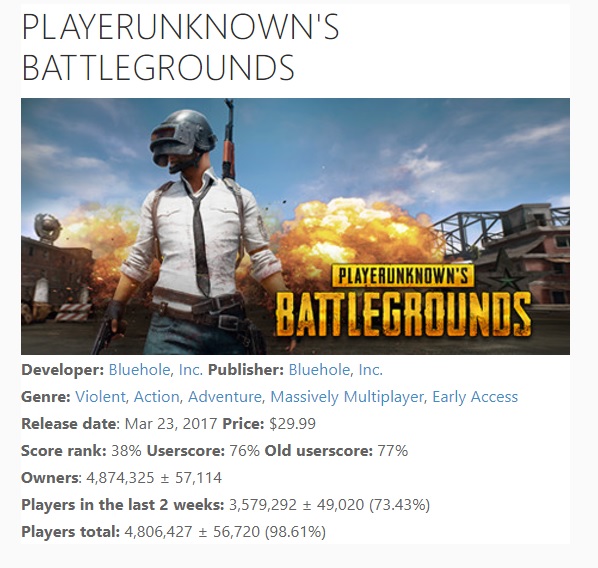 From the looks of it, Playerunknown’s Battleground may be also able to surpass Fallout 4 and reach the third place. Back in November 2015, Fallout 4 had almost 472K concurrent players. Playerunknown’s Battleground currently has 382K concurrent players and this number will obviously increase once the game nears its full release. 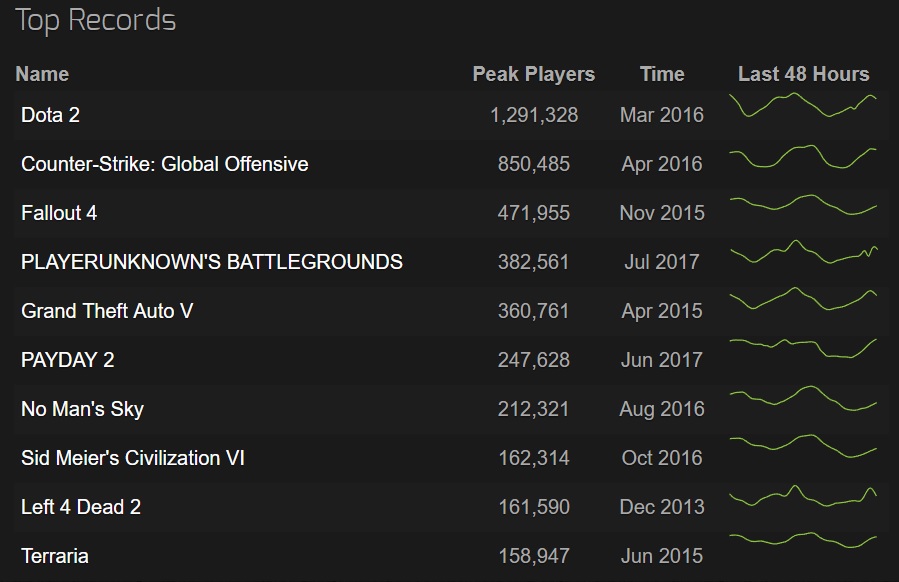