JP Kellams, creative producer at PlatinumGames, held an educational live presentation a couple of days ago. During that presentation, Kellams also talked about Bayonetta 2 and its WiiU exclusivity and as you’d expect, the media (in this case Polygon) used a quote from Kellams to run a story. Seems though that Kellams was really annoyed by Polygon’s headline, describing it as BS and  claiming that games journalists should go back to school.

Kellams first said that although he spoke for 97 minutes, it felt like he talked for only two minutes given the fact that the media concentrated on a specific quote and nothing more. He later tweeted that – in his opinion –  ‘a vast majority of games journalists need to be deported to an island called journalism school.’ In other words, games journalists should go back to school.

Later on, Kellams admitted that he was annoyed by Polygon’s headline:

“Then it is Polygon’s BS headline. I never said who’s business situation changed. But who cares…”

“I’m just annoyed with your headline. It is a quote. I never said who’s business situation changed though”

“You guys get to write what you like. I get to be annoyed at any parsing that I feel spins my quote”

And here is the whole “rage-tweet” from Kellams (start reading from the bottom to the top): 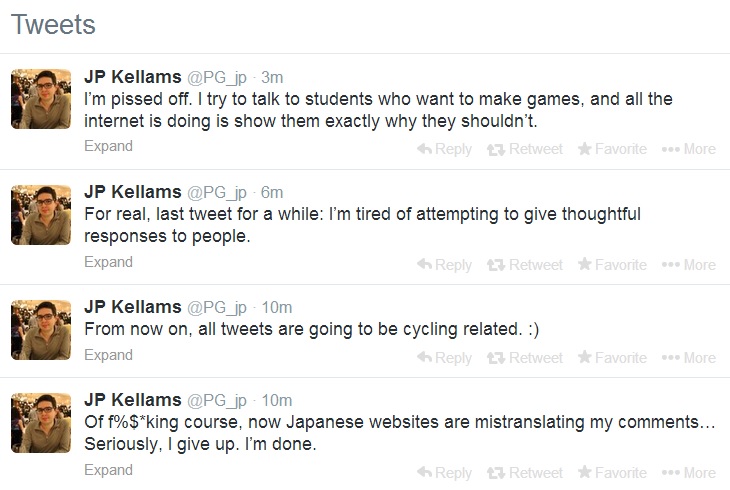 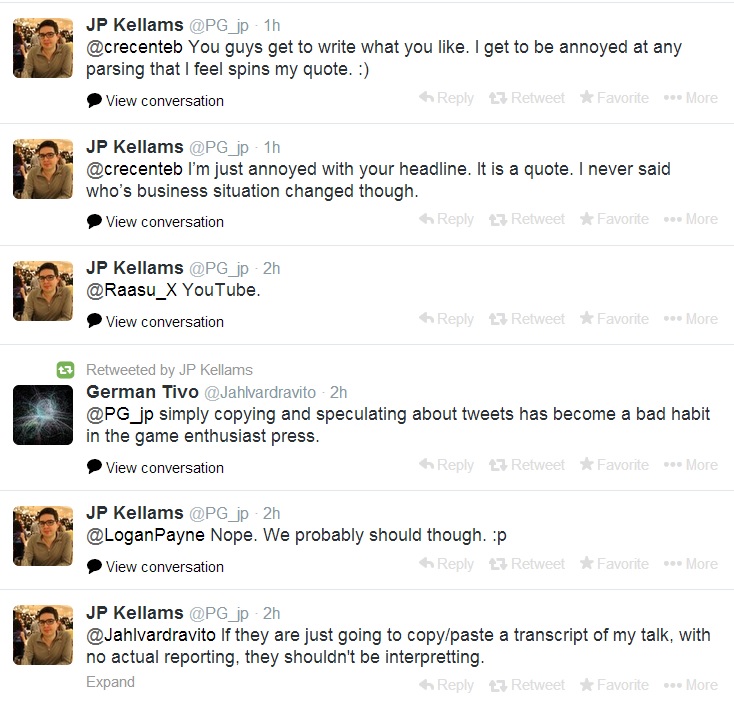 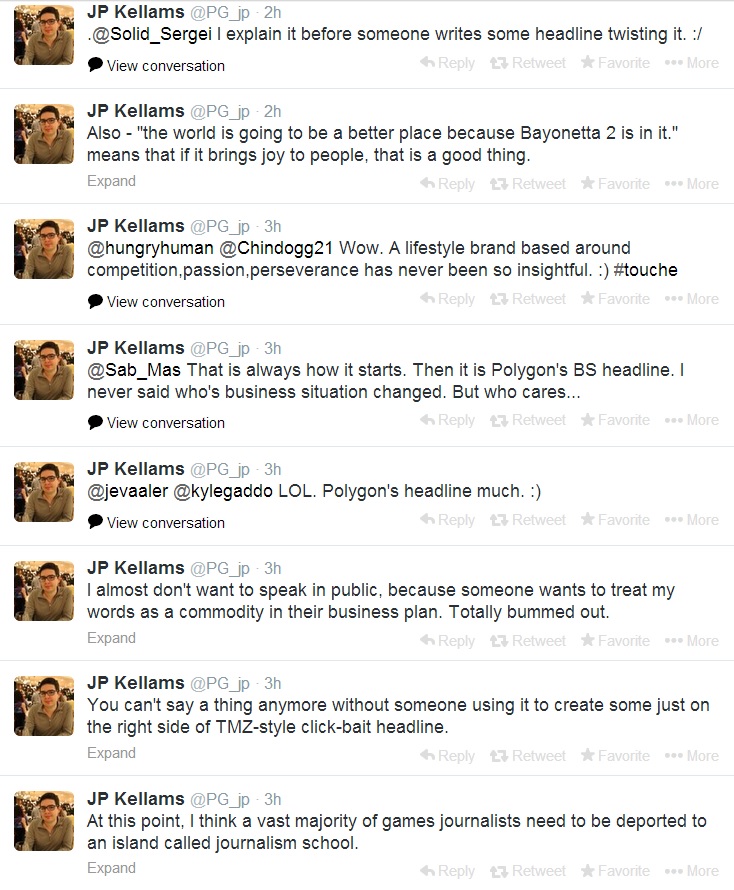 Last but not least, we feel we should link to Kellams presentation. We strongly suggest giving it a go because it’s pretty good and interesting.