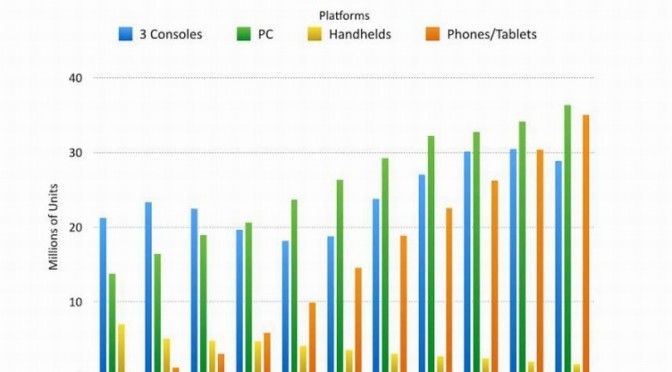 According to the latest research from Open Gaming Alliance (OGA) and DFC Intelligence, PC will stay the dominant platform in the next couple of years. In addition, it is expected to be worth $35 billion in 2018.

As the press release reads, this report covers the 2014 year end and forecasts all major aspects of the PC gaming industry worldwide through 2018. Therefore – and based on preliminary estimates – the PC market is expected to grow from $26 billion in 2014 to $35 billion by 2018.

“Much of the growth is driven by pure demographics. We continue to identify a core group of consumers for whom playing on the PC is a major pastime. This is, in fact, a fairly new demographic that skews highly male and is only increasing in buying power.”

“The recipe that keeps PC gaming on top is simple: the platform is accessible to all markets, and especially so with the free-to-play and freemium content; the hardware continues to evolve with gamers’ lifestyles, offering more choice and freedom; and, due to the ubiquity of PC’s globally, it’s easier to share, communicate and be more sociable with friends and family. These same factors, in part, also help explain the meteoric rise of eSports.”

“In past years much of the growth in PC games has been due to adoption of the platform in Asia. Now we are estimating a potential 86 million PC gamers outside Asia that we have targeted as market growth drivers. These are the consumers that are driving spending not just on software, but also on PC hardware, as they buy expensive equipment to play, view and record games.”

OGA has also provided the following graph, showing the dominant performance of the PC platform over consoles (that is estimated via this research). 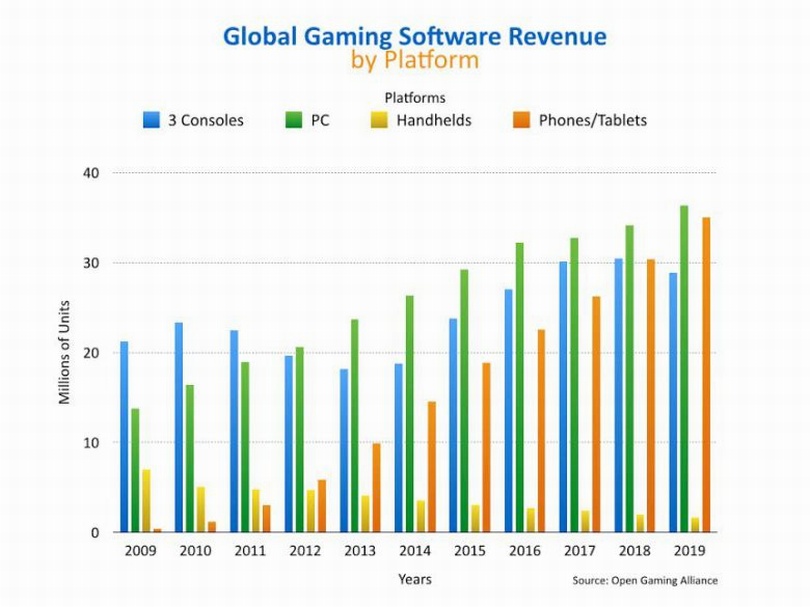