Grinding Gear Games, the New Zealand developer of the much-anticipated action RPG Path of Exile, have announced that its Beta will be open to the public for stress testing this weekend: March 30-April 1. The game has previously been in a restricted Closed Beta test, and this public stress test will be the first opportunity for many patient fans to play Path of Exile.

The Path of Exile Beta servers will open for public access at 5pm PDT on Friday, March 30. Public access will end at 11:59pm PDT Sunday night, April 1. A full FAQ about the Public Weekend is available at its official website.

Featuring its own dark, gritty take on the Action RPG genre, a unique skill gem system and a complex passive skill tree, Path of Exile is on track to enter permanent Open Beta within a few months. PvP combat and cosmetic purchases are planned for the Open Beta.

Players participating in the stress test weekend will be ranked on a ladder web page, showing who has gained the most experience. A separate ladder is available for players playing in ‘Hardcore’ mode where characters are removed if they die. Developer-run events, such as two hour ladder races and competitions to full-clear areas first, will occur throughout the weekend with details posted on the Path of Exile website.

All of Path of Exile’s current content may be played during the public stress test weekend, including the upcoming 0.9.8 Beta patch, which adds new skills, improved social features and numerous balance improvements. 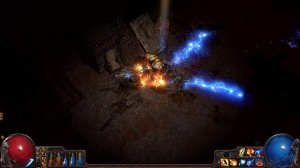 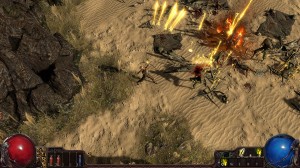 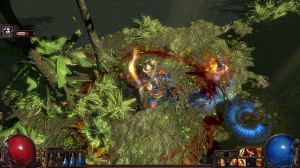