Two weeks ago, Epic Games and EA offered Star Wars Battlefront 2 for free on Epic Games Store. And from the looks of it, this giveaway was really successful as over 19 million players have acquired a free copy from EGS. 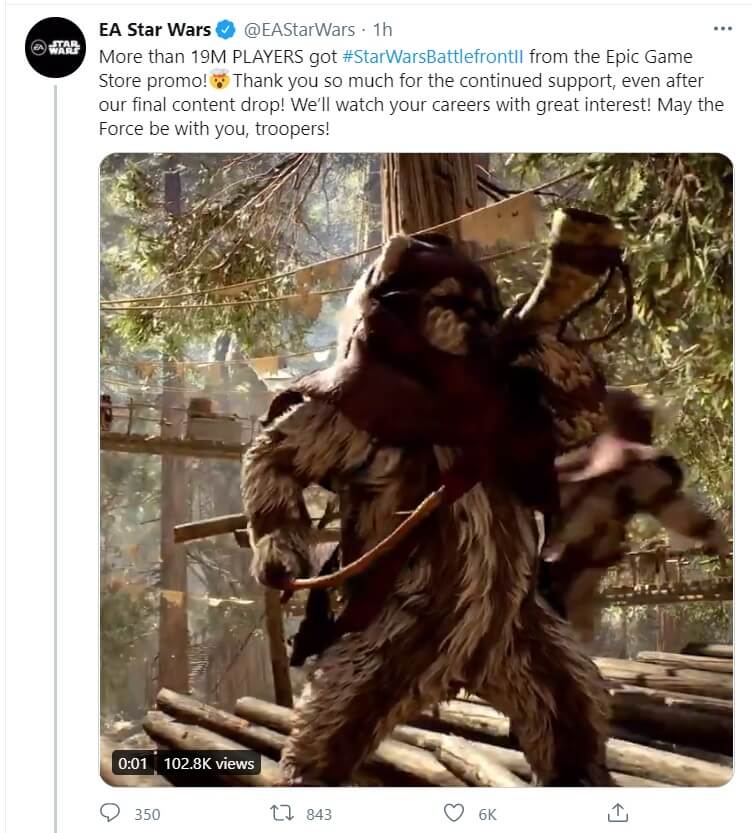 This sudden increase of the playerbase explains the server issues that PC gamers experienced these past couple of weeks. However, it remains to be seen how many of these 19 million players will stick with the game.

As we’ve reported, Epic Games Store offered the Celebration Edition of Battlefront 2. Star Wars Battlefront II: Celebration Edition features the base game, as well as the complete collection of customization content acquirable through in-game purchase from launch up to December 20th, 2019. As such, it also included items inspired by Star Wars: The Rise of Skywalker.

This success reminded me of something similar that happened with both Civilization VI and GTA 5. As SuperData stated, GTA 5 & Civilization 6 EGS giveaways brought a 245% & 477% jump to PC their player numbers.