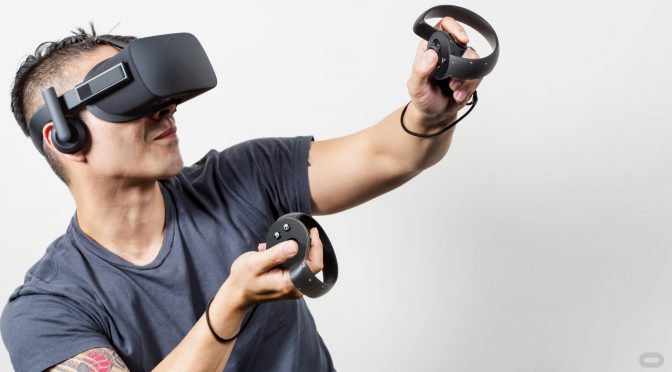 Things are looking really weird regarding the available VR devices for the PC. On one hand, we have Oculus that tries to get some exclusive games for its VR device. On the other hand, we’ve got Valve that does the exact opposite for the HTC Vive and opens up SteamVR to everyone. In fact, Valve has already updated SteamVR with support for the Oculus Touch controllers.

This is fantastic news! pic.twitter.com/ourvlXegJp

It’s worth noting that a few days ago, Valve’s Gabe Newell stated that Valve is not a fan of exclusives when it comes to VR games, and that it will fund VR games so that developers won’t have to take on deals that require them to be exclusive to a particular VR vendor.

“We don’t think exclusives are a good idea for consumers or developers. There’s a separate issue which is risk. On any given project, you need to think about how much risk to take on. There are a lot of different forms of risk-financial risk, design risk, schedule risk, organizational risk, IP risk, etc… A lot of the interesting VR work is being done by new developers. That is a triple-risk whammy-a new developer creating new game mechanics on a new platform. We’re in a much better position to absorb financial risk than a new VR developer, so we are happy to offset that giving developers development funds (essentially pre-paid Steam revenue). However there are no strings attached to those funds-they can develop for the Rift or PlayStation VR or whatever the developer thinks are the right target VR systems. Our hope is that by providing that funding that developers will be less likely to take on deals that require them to be exclusive.”

Kudos to our reader ‘Oscar’ for bringing this to our attention!