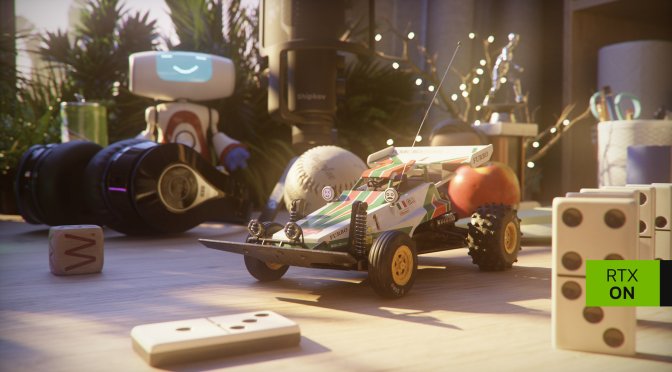 Yesterday, NVIDIA showcased an incredible racing game, called Racer RTX, that used real-time Ray Tracing, DLSS 3, and PhysX. And today, we are happy to report that this playable tech demo will be available for download this November.

Racer RTX is an interactive physics-accurate simulation featuring the most realistically rendered RC cars ever. And, according to the green team, it will be only compatible with the NVIDIA GeForce RTX 40 series GPUs.

This is easily one of the best Ray Tracing tech demos we’ve seen, and below you can find its announcement video. It will also be interesting to see how it runs with and without DLSS 3 on NVIDIA’s upcoming high-end RTX 4090 GPU.