Nvidia has just released its highly anticipated new beta driver for its GPUs that is said to be coming with key DirectX optimizations which result in reduced game-loading times and significant performance increases across a wide variety of games.

In addition, the green team released the first official benchmarks for this new driver, showcasing the performance gap between AMD’s R9 290X running under Mantle and Nvidia’s 780Ti running with these latest drivers. 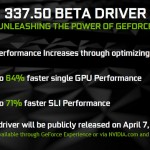 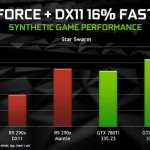 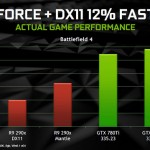 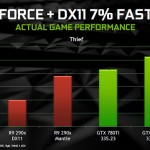 We’ll be sure to post an article with our findings later today as we’ll compare this driver with an older one, so keep an eye for it.