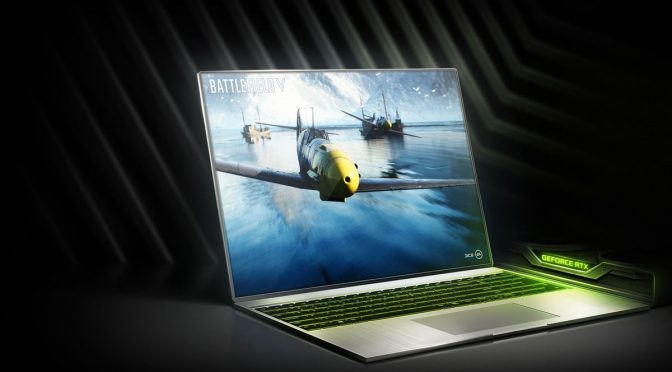 NVIDIA also claimed that the RTX2080 laptops will be more powerful than the desktop GTX1080 PCs, will be able to run Battlefield 5 with more than 60fps when RTX is enabled, will offer 6K RED video editing capabilities and will support interactive 3D rendering.

The green team also claimed that the RTX2080 laptops will be 15% lighter, 10% smaller, will offer 2.5X better battery life (suggesting that they will last up to 8 hours) and some – if not all – models will come with 144Hz G-Sync screens.

On the other hand, the RTX2060 laptops will be faster than the GTX1070 desktop PCs, will also be able to run Battlefield 5 with 60fps when the real-time ray tracing effects are enabled, will offer 4K RED video editing capabilities and will support interactive 3D rendering.

NVIDIA did not reveal how much these new laptops will cost, though we expect manufacturers like Acer, Asus, Dell, Gigabyte, HP, Lenovo Legion, MSI, Razer, and Samsung to reveal more details later this month!