During yesterday’s E3 press event, Nvidia proclaimed the PC as the most important gaming platform. Nvidia have shown some charts in which it claims that PC is more profitable than console gaming, and that more developers are working on the PC platform.

As we can clearly see, this study proves that PC gaming is far from dead. Not only that, but it is expected that the PC gaming revenue will reach $20 billion in 2015 (whereas that very same revenue was at only $7-8 billion in 2005. 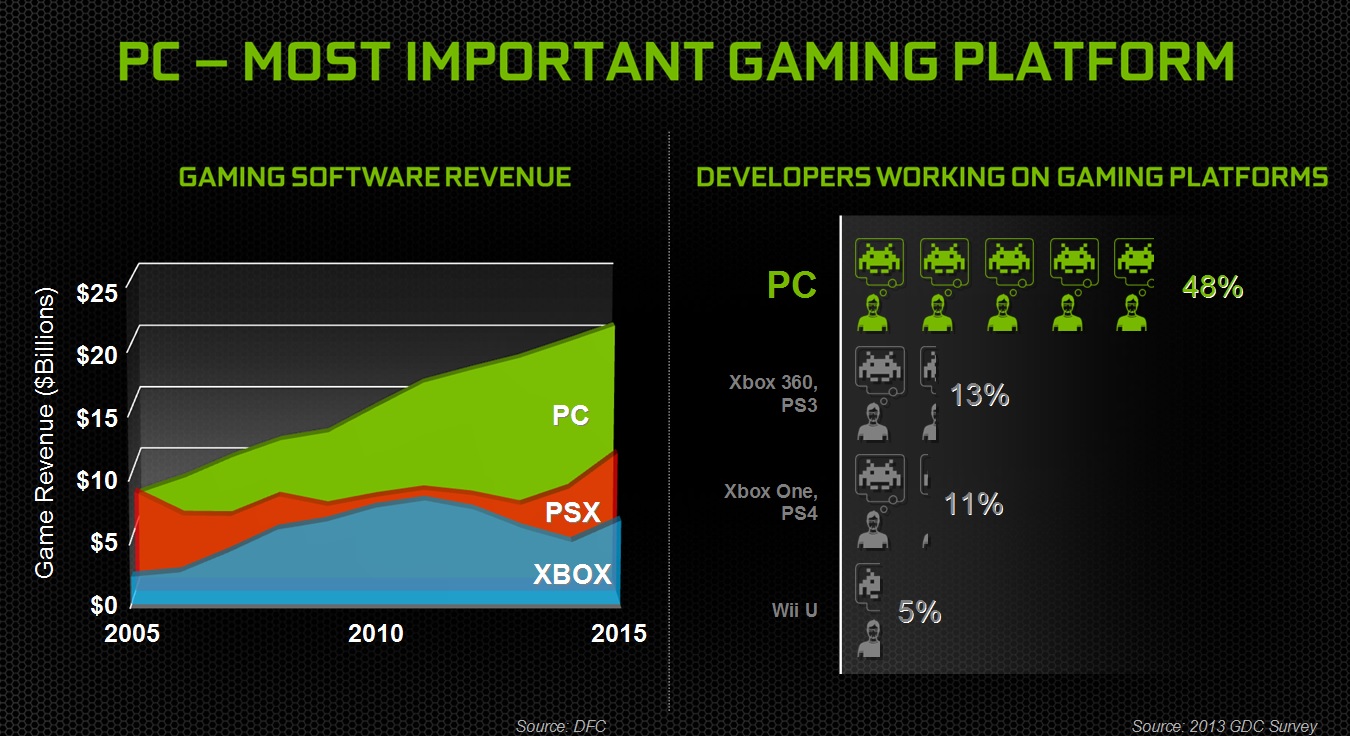 Nvidia has also included another slide, showcasing the difference between its Titan card and the GPU that will be featured in PS4. According to the graph, Titan has two and a half times the power of the PS4’s GPU. Naturally, programmers can get more out of this console as they program to the metal, however it seems that a high-end GPU is more than enough to handle the upcoming next-gen titles. 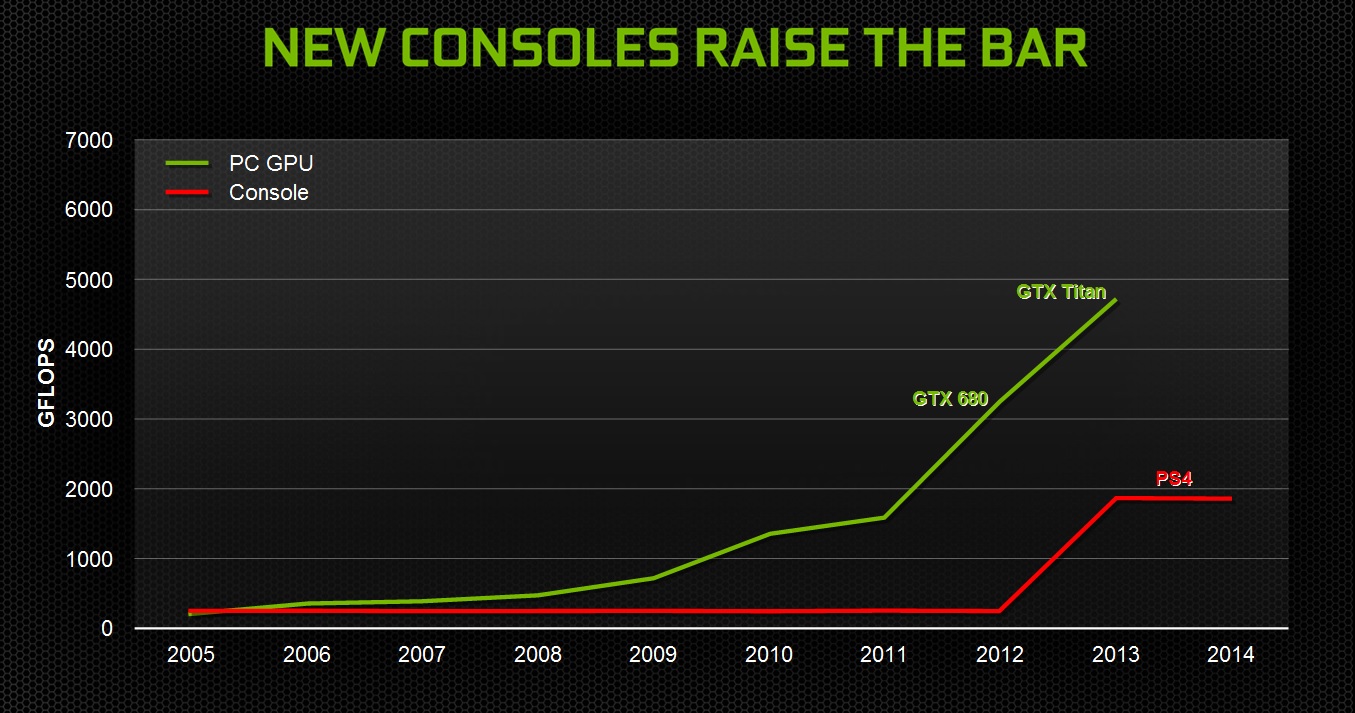 It will be interesting to see how things will unfold, and whether those claims are true or not. The fact, however, that more and more console games are coming to the PC – even by getting slightly delayed – proves that PC gaming is far from dead.