NVIDIA’s CES 2021 keynote begins in a couple of minutes, however, a slide from that presentation got leaked. This slide confirms the rumored RTX 3060 with the 12GB of VRAM. So yeah, it’s now official; the NVIDIA GeForce RTX 3060 12GB VRAM is real and is coming out in late February.

According to NVIDIA, the GeForce RTX 3060 12GB will have 13 TFLOPs single-precision compute performance with up to 25 TFLOPs in raytracing and up to 101 Tensor-FLOPS in AI-related operations.

Videocardz has shared the following slide, as well as a comparison graph between the new RTX3060 12GB and the RTX3060Ti. 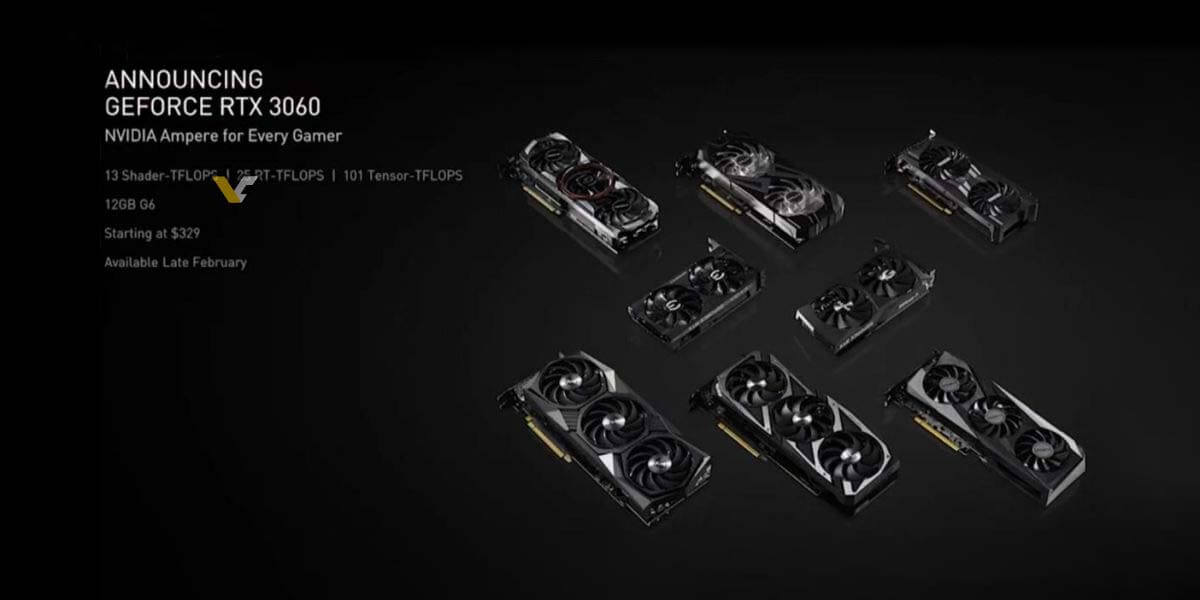