If you have been following the latest tech news and Nvidia’s roadmap since past few months or so, then you might have heard rumors that Nvidia was allegedly prepping to launch more SKUs in the current Ampere GPU lineup.

The source claims that the Ultra tier branding is a higher spec’d variant than the Ti and rumored SUPER SKUs. Called as GeForce RTX 3060 Ultra, this new GPU is reportedly carved out from the same 8 nm “GA104” silicon as the RTX 3060 Ti and RTX 3070 cards; but it features a slightly different core configuration sporting 12 GB of GDDR6 memory (more VRAM than the RTX 3060 Ti, RTX 3070, and the RTX 3080 cards, respectively)

The memory interface might have been beefed up as well, as the source claims, but it is still unclear whether the memory bus width has been narrowed down to 192-bit, or if the same 256-bit wide memory bus will be used.

First pictures of a custom GeForce RTX 3060 ULTRA graphics card designed by ASUS have been shared by Wccftech, which confirms the ULTRA nomenclature. The SKU spotted is the TUF Gaming GeForce RTX 3060 Ultra (ASUS TUF-RTX3060U-O12G-Gaming), which is a 2.7 slot triple-fan custom design with 0dB technology. 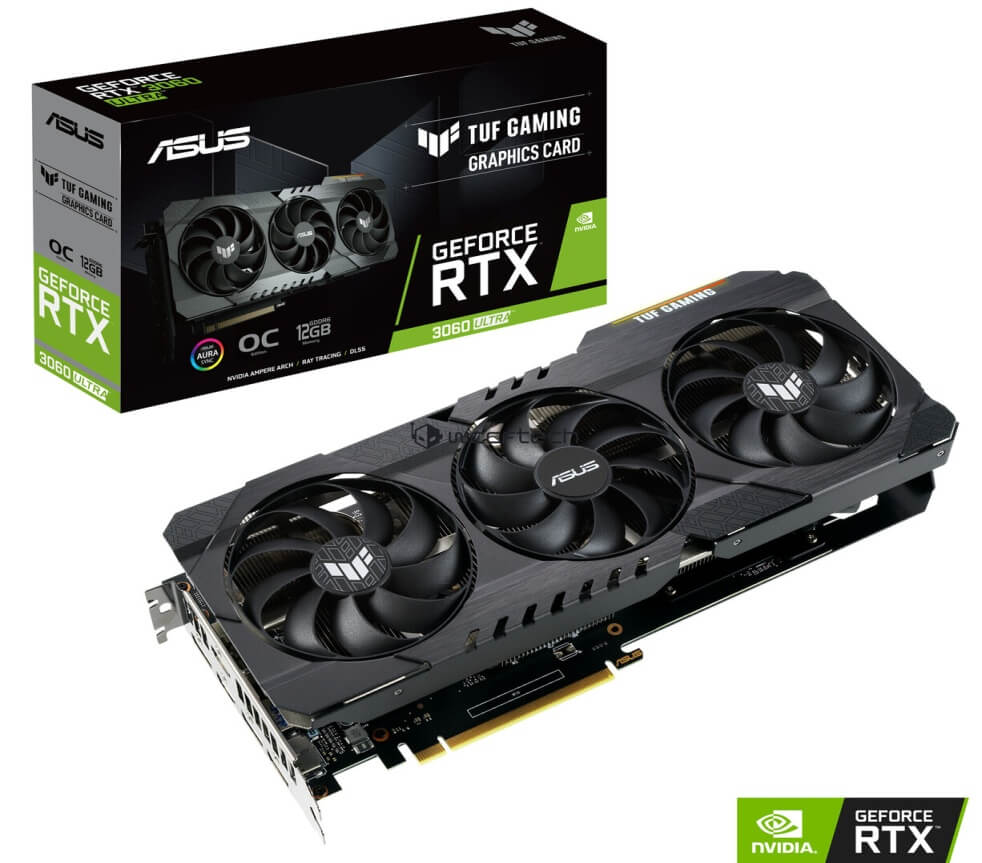 Wccftech reports the card’s MSRP pricing to be around USD $449. It might be possible that NVIDIA could feature three graphics cards within its GeForce RTX 3060 lineup, the Ti, the Ultra, and the standard SKU. The Ultra variant is expected to be announced on the 12th of January at NVIDIA’s CES 2021 keynote.

Unlike the fully unlocked GeForce RTX 3070, which uses the same GPU but has all 5888 shaders enabled, NVIDIA has disabled some shading units on the GeForce RTX 3060 Ti to reach the product’s target shader count. It features 4864 shading units, 152 texture mapping units, and 80 ROPs.