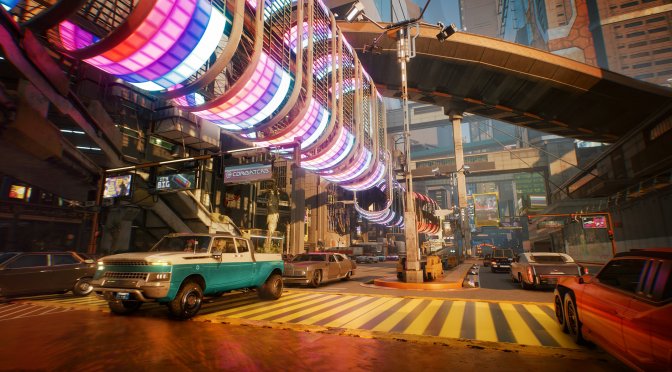 Last week, NVIDIA released a new driver, NVIDIA GeForce 522.25 WHQL driver, for its graphics cards. However, it appears that this driver introduces some map glitches in Cyberpunk 2077. Thankfully, though, the green team released a hotfix to address it.

You can download this hotfix from here. The NVIDIA GeForce 522.25 WHQL driver introduced some DX12 performance improvements, so this hotfix is a must-have for those that want to replay this game.

Speaking of Cyberpunk 2077, we also suggest taking a look at these other mods. The Rebalance Megamod attempts to overhaul numerous aspects of the game, such as the AI, armors, perks, melee, player stats, weapons and more. There is also an enhanced Photo Mode Unlocker that you can download. Let’s also not forget the amazing Metro System Mod. Furthermore, this mod improves the game’s graphics by increasing the decoration LODs. And lastly, there is a mod that adds a flying mechanism to all cars, as well as mods that unlock/introduce new explorable areas.