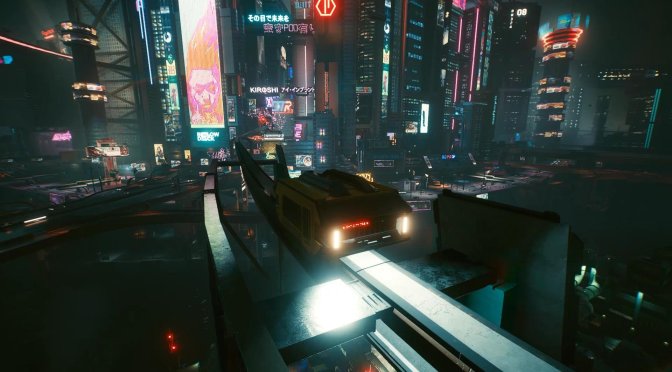 Modder ‘keanuWheeze’ has released an amazing new mod for Cyberpunk 2077. This mod adds a fully useable Metro System with 19 explorable stations, and we highly recommend downloading it.

According to the modder, this Metro System Mod features 19 handbuilt stations, where you wait for the train. Moreover, it lets you switch between a third person and a first-person perspective. Furthermore, there is a 100% native UI, 100% controller compatible, there are no loading screens and no hotkeys that you have to set. And, lastly, this mod allows you to look down onto the city streets and realize just how beautiful this game is.

In order to enter a station, you’ll have to go to any of the “Metro: …” fast travel points on the map. Then, by hitting “Interact”, a pin on the closest station will be placed on the world map. And afterward, you can interact with any of the fast travel gates to enter the station.

As said, this is an incredible mod and you can download it from here.

Speaking of Cyberpunk 2077 mods, we also suggest downloading the Rebalance Megamod. This mod attempts to overhaul numerous aspects of the game, such as the AI, armors, perks, melee, player stats, weapons and more. There is also an enhanced Photo Mode Unlocker that you can download.