Nvidia recently announced its Ampere lineup of Flagship GPUs, the RTX 3090, 3080 and 3070. And while there were some specs highlighted, there was chatter before on the web that Nvidia might use 16Gbps GDDR6 memory for the RTX 3070 GPU. But that doesn’t appear to be the case.

We already know the GeForce RTX 3070 only uses the GDDR6 memory type, the non-X variant from Micron, and now we have some confirmation on the memory clock speed as well, thanks to ASUS and Zotac.

There is a high chance we might see a new Ti or a SUPER variant SKU next year, depending on how AMD’s RDNA2 cards turn out. The new Zotac and ASUS product page entries give more credence to this rumor.

Nvidia might be saving the higher 16Gbps GDDR6 module for faster models, like the Ti or Super SKUs. Nvidia currently uses an even faster 19.5Gbps and 19Gbps GDDR6X memory for the RTX 3090 and RTX 3080 GPUs, both from Micron Technology.

The GeForce RTX 3070 launches this October, with prices starting at USD $499 for the Founders Edition. 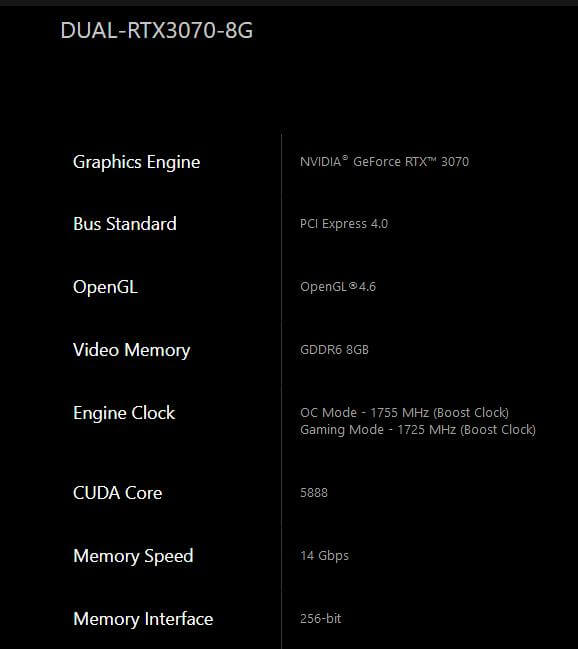