Modder ‘Kuzja80’ has released a 16GB AI-enhanced HD Texture Pack for Fallout New Vegas. This pack will increase/upscale the quality of almost all of the game’s original textures by four times. Furthermore, it does not contain any custom or new textures, something that most Fallout New Vegas fans will appreciate.

In order to enhance the original textures, Kuzja80 used cuda,  pytorch and his custom neural net model. Additionally, this pack does not contain textures that were below < 64×64. The modder also skipped textures from the “interface” folder.

Now while the modder did not provide any before/after comparison screenshots, he did share some screenshots for this new HD Texture Pack. Do note that this pack only improves the quality of the original textures and nothing more. Therefore, you should not be expecting any major lighting improvements, or additional graphical effects. As said, this pack also upscales the default textures, meaning that some may not look THAT sharp due to the poor color and low detail of the original low-res versions.

Lastly, you may be interested in another AI-enhanced HD Texture Pack for Fallout: New Vegas, using the ESRGAN upscaling technique. Due to the different AI upscaling models, there are some minor differences between these two packs. Obviously, these two packs cannot come close to the upcoming Fallout 4: New Vegas Mod. However, they can at least enhance the game’s visuals for all those that want to replay it. 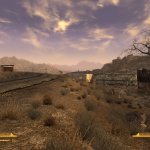 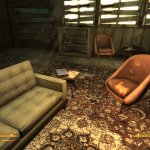 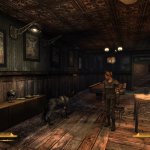 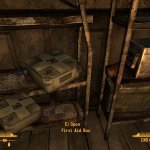 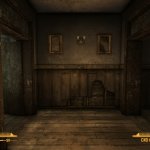 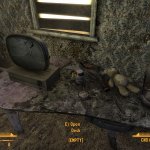