NVIDIA has just officially announced its new Ampere GPUs. According to the green team, the RTX 3080, RTX 3070 and RTX 3090 will be available for purchase in September 2020. Moreover, NVIDIA revealed the first gaming benchmarks.

The NVIDIA RTX3090 will feature 36 Shader-TFLOPS, 69 RT-TFLOPS and 285 Tensor-TFLOPS. This GPU will come with 24GB of GDDRX6, and will be priced at $1499. According to Jensen Huang, this will be the new Titan GPU for the Ampere series. The NVIDIA RTX3090 will be available on September 24th from both NVIDIA and AIBs. 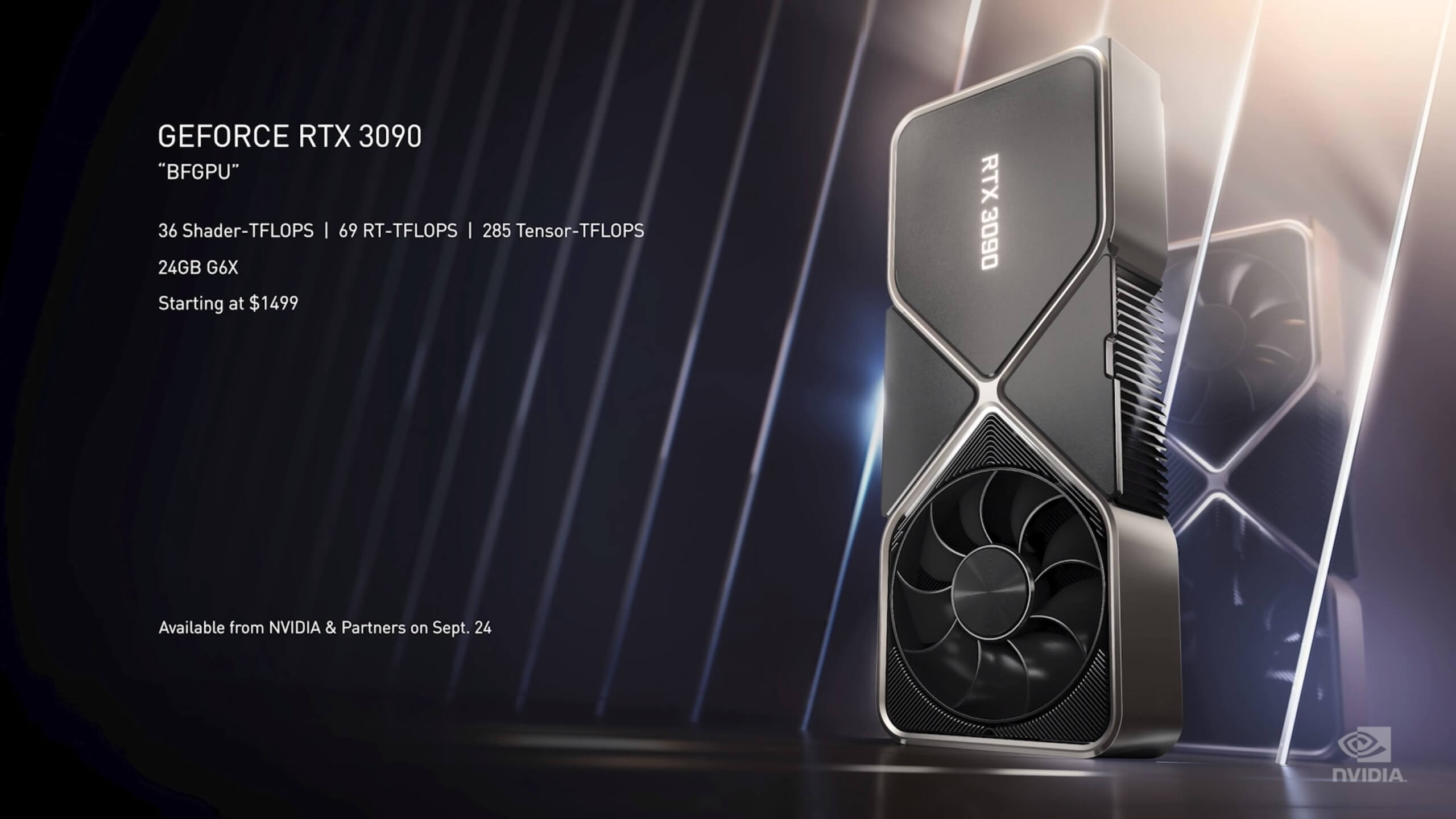 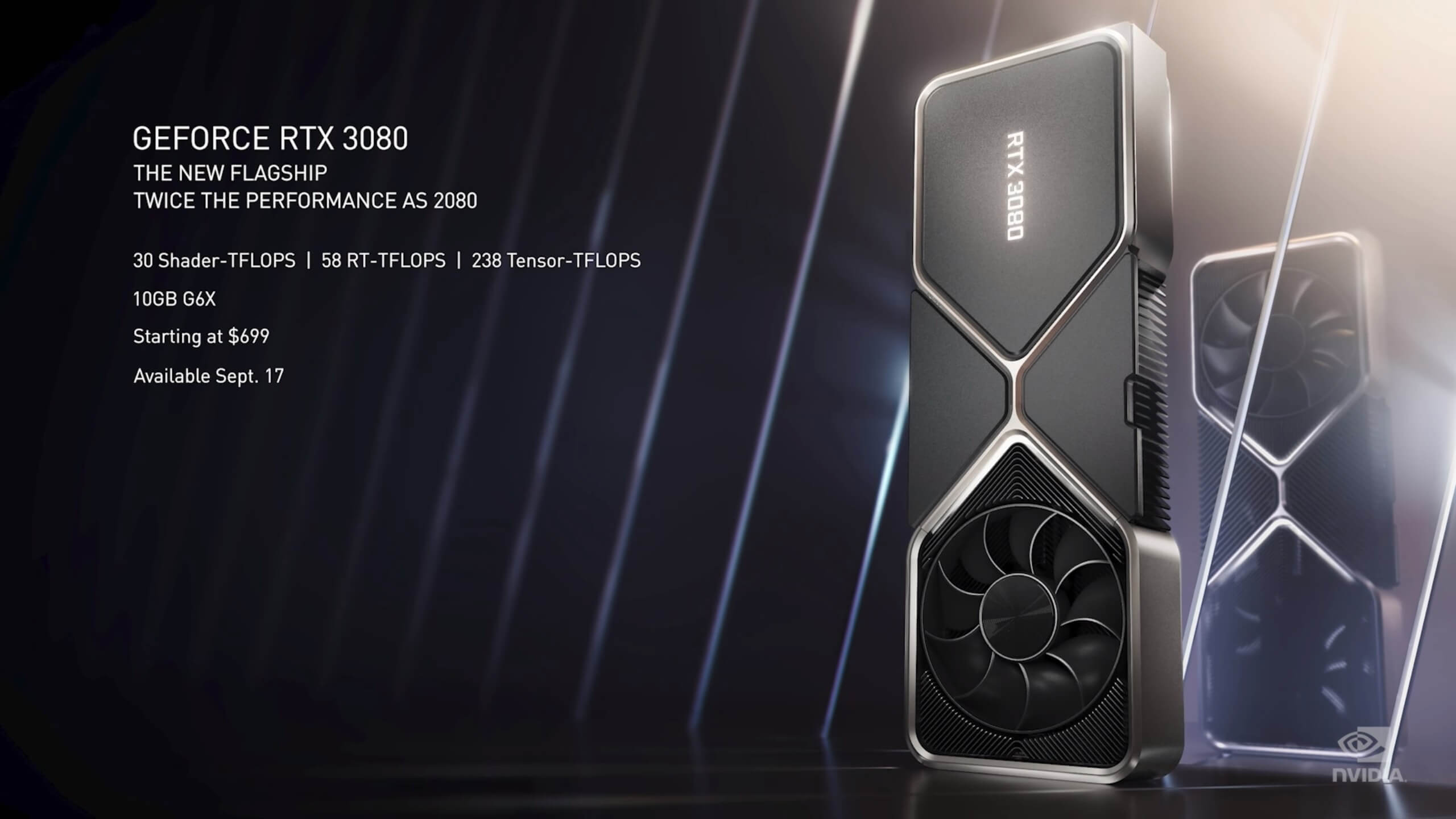 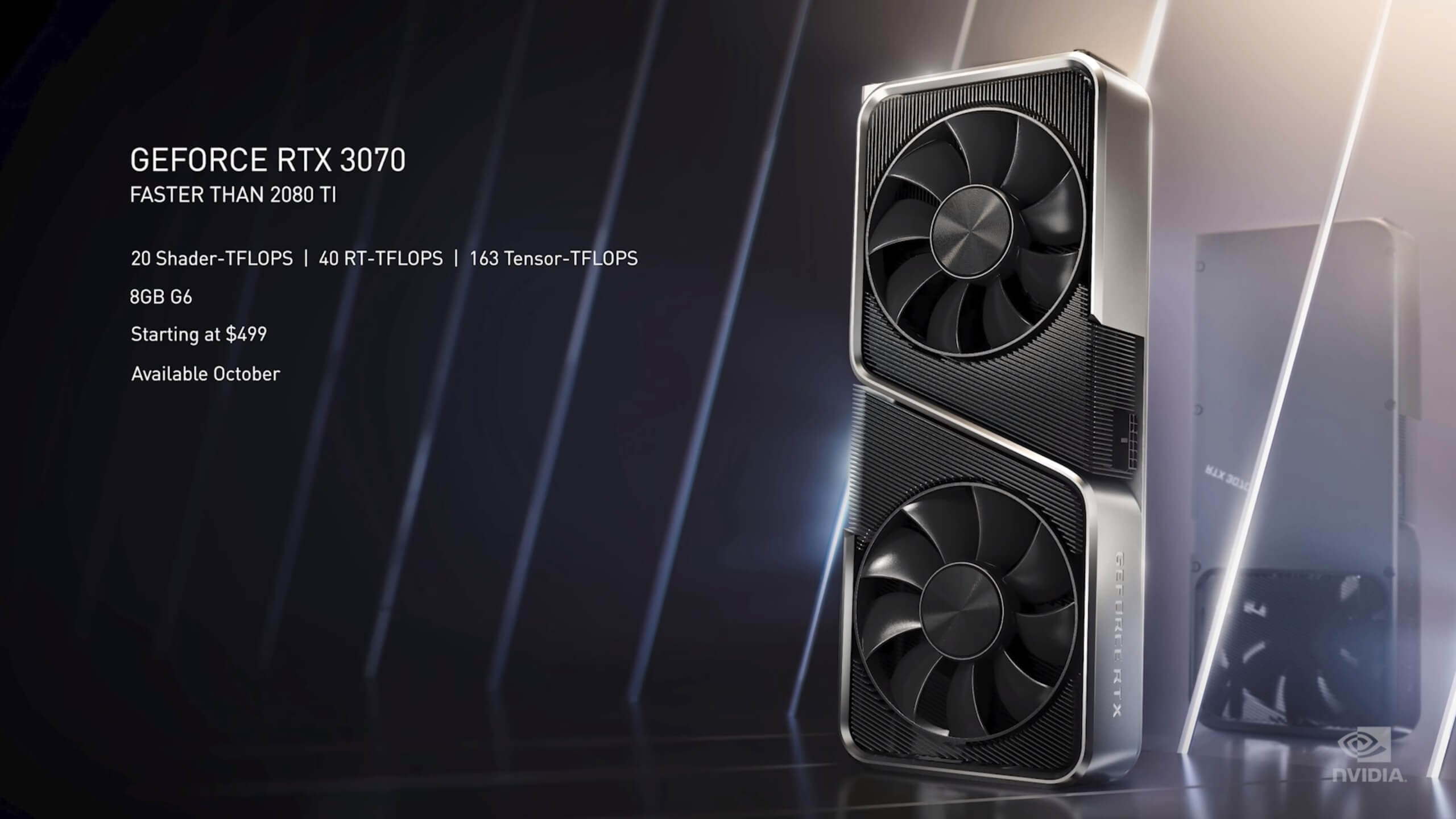 Below you can also find the first gaming benchmarks between the Turing and the Ampere architectures. This is a glimpse at what PC gamers can expect, though we suggest waiting for more third-party gaming benchmarks. 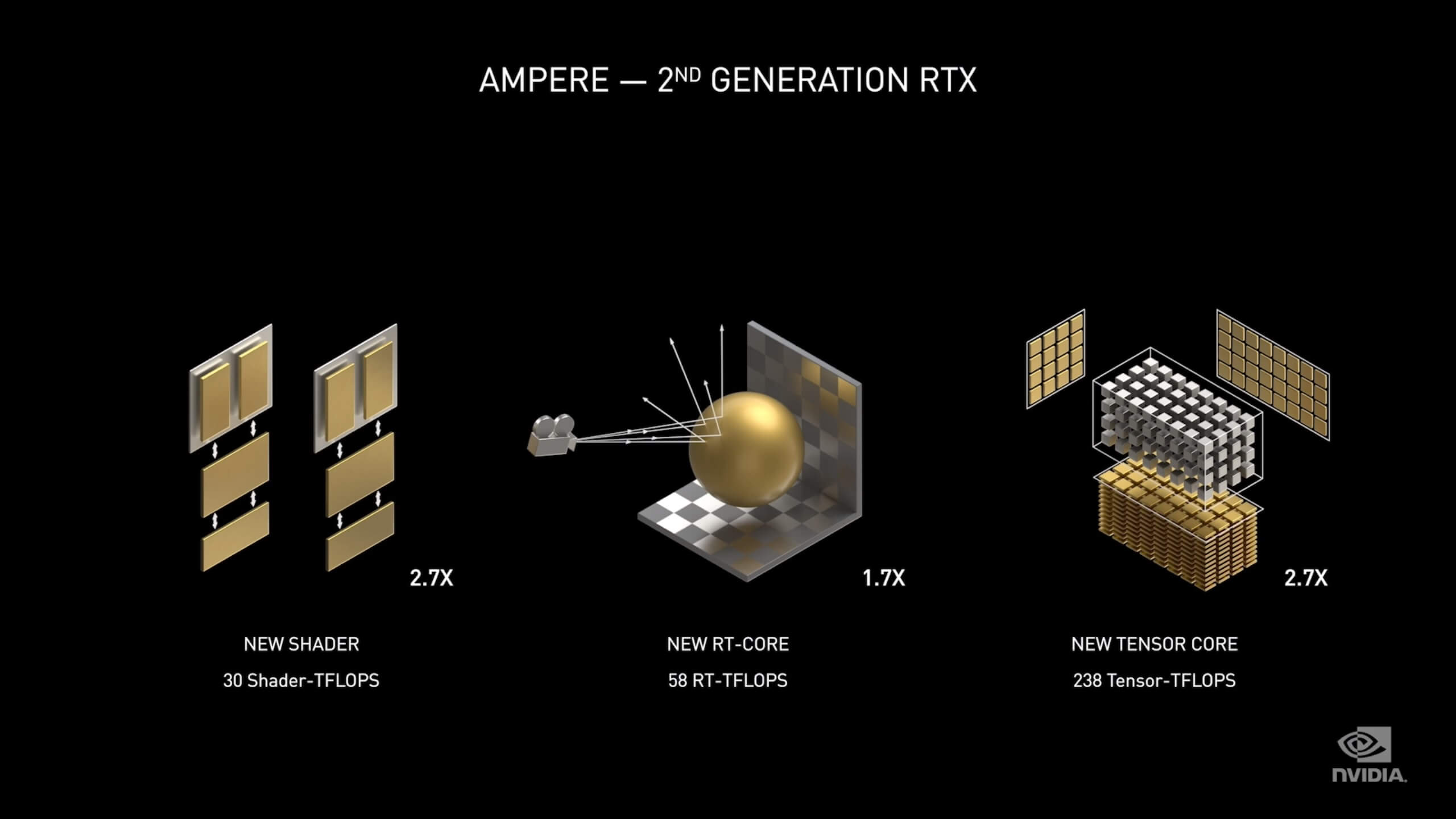 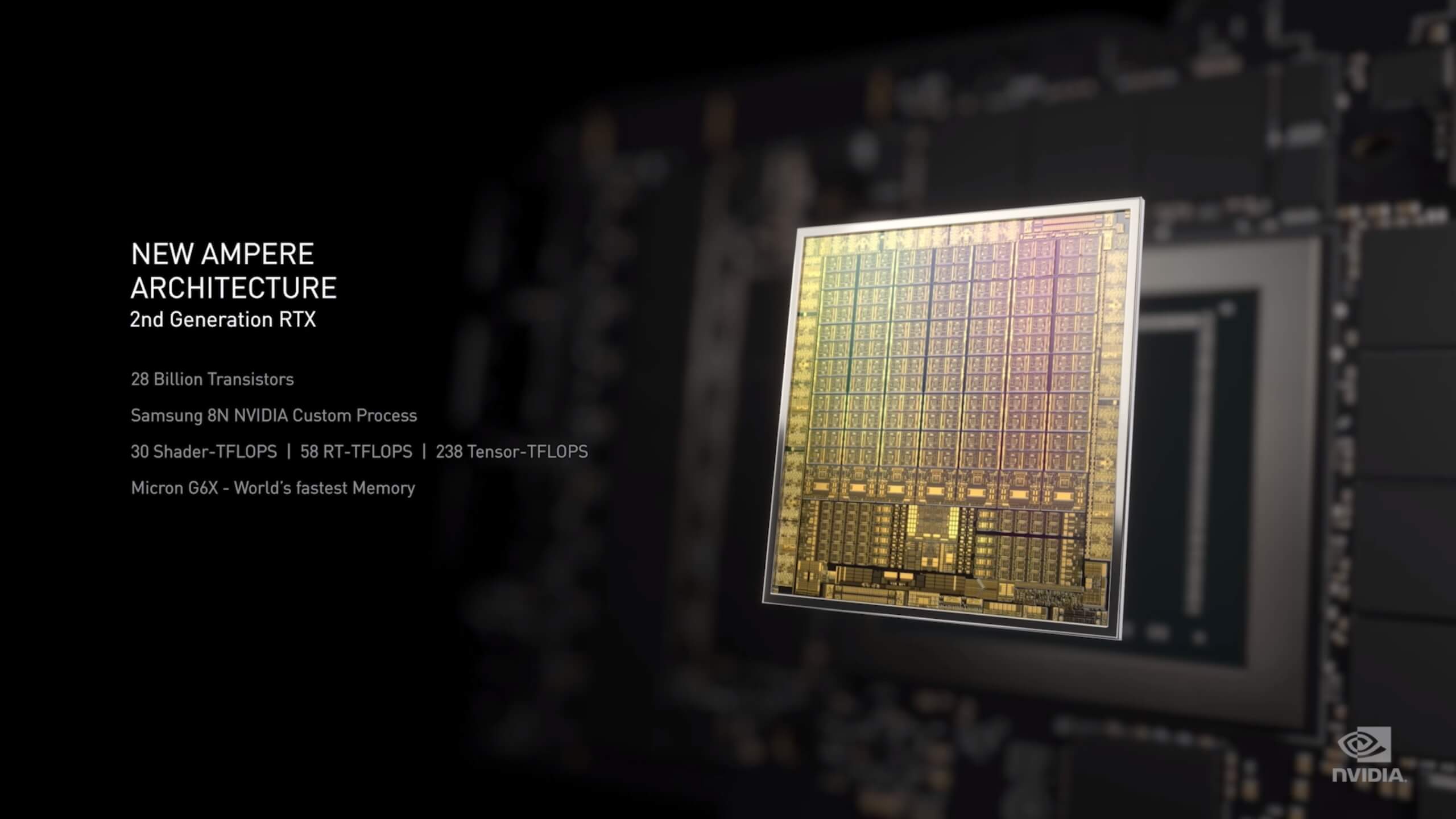 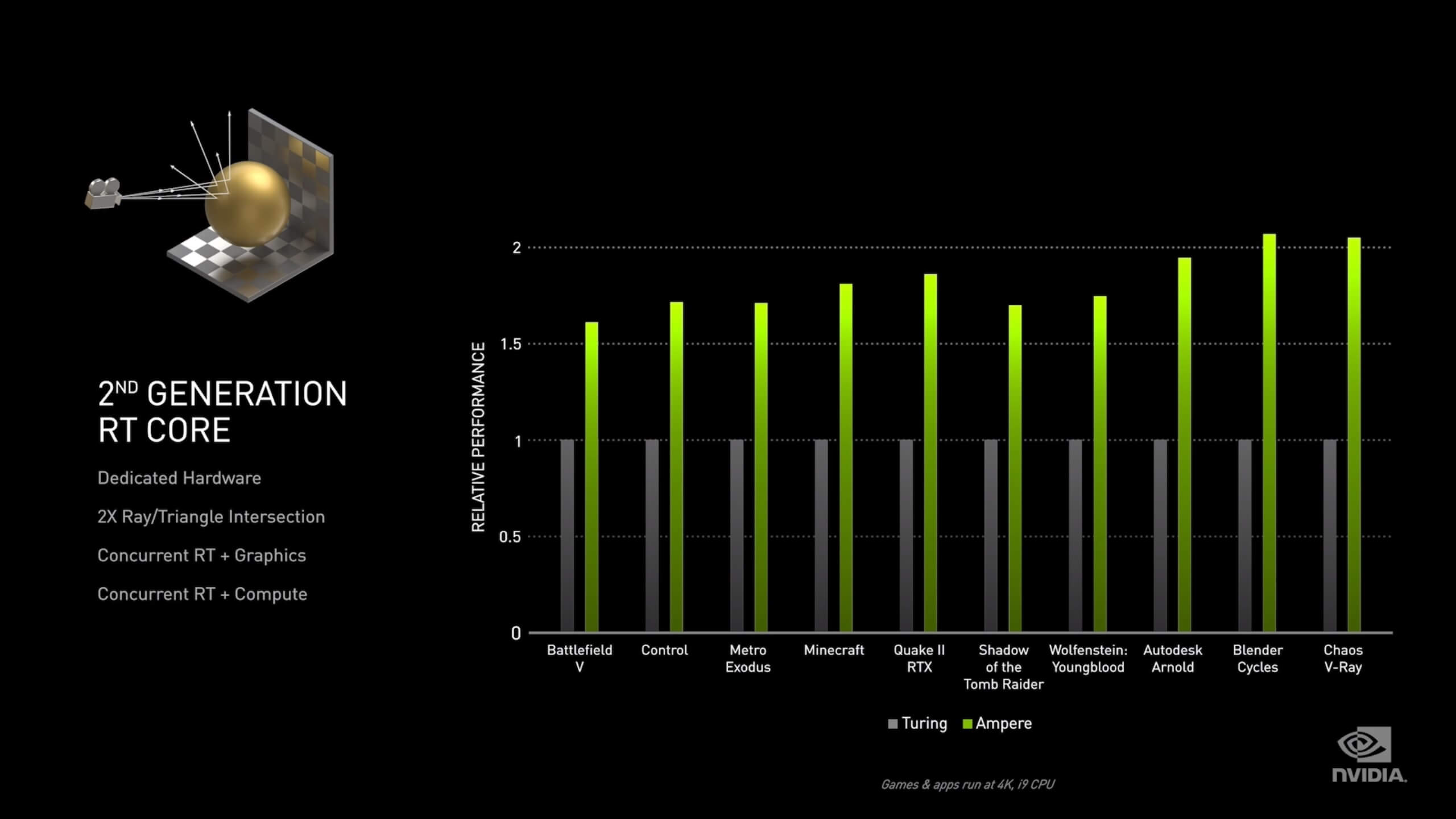 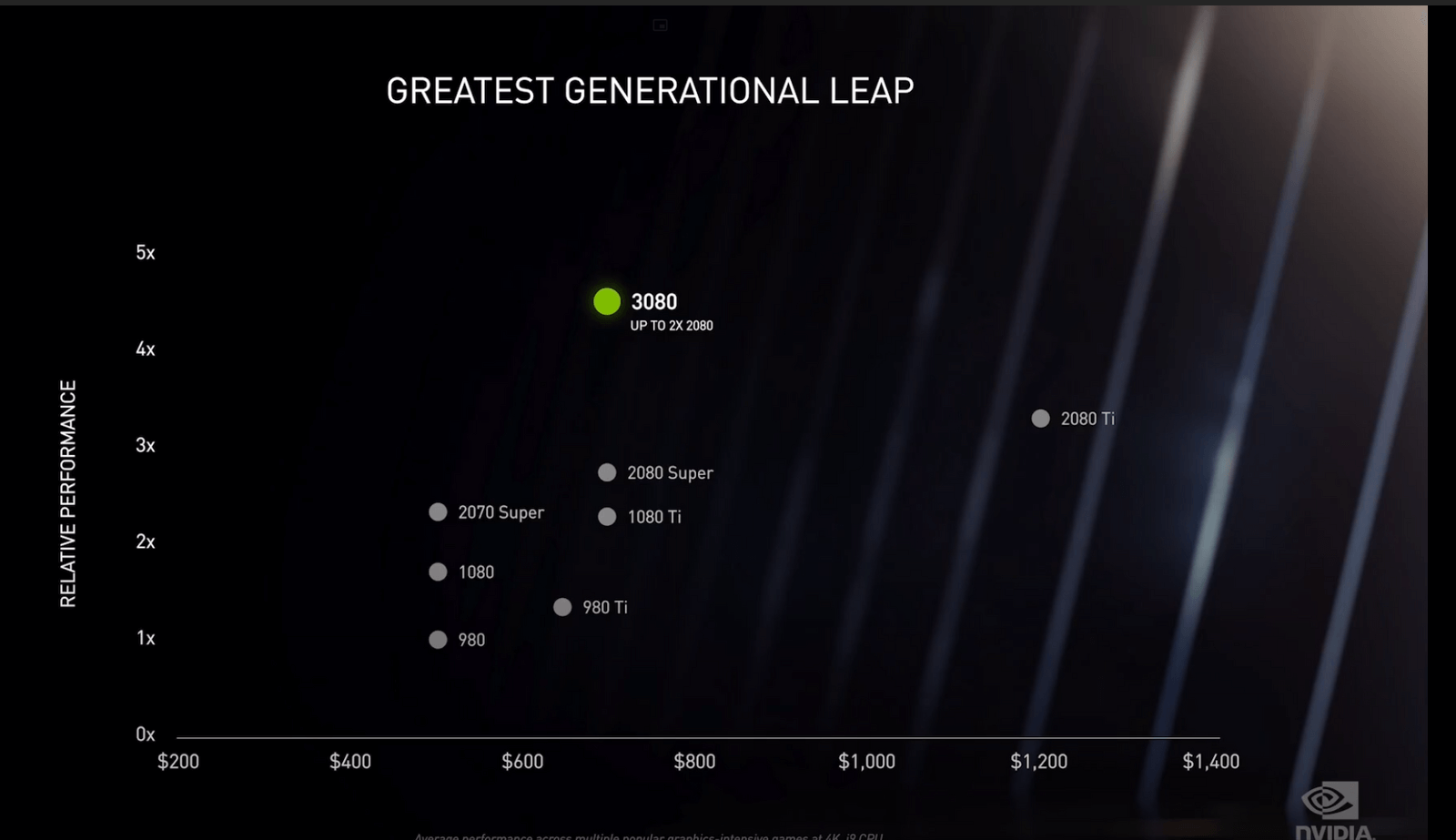