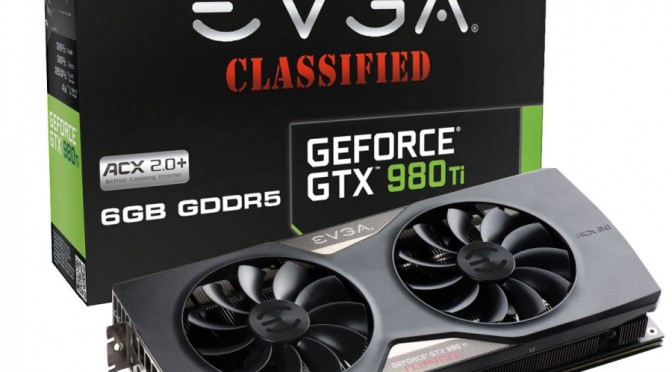 NVIDIA will reveal its new graphics card, the GeForce 980Ti, at this year’s Computex event, and both EVGA and ASUS have teased this new GPU with the following images.

According to the latest reports, the GeForce GTX 980Ti will be slightly slower than the Titan-X, will come with 6GB of DDR5, will pack 176 Texture units, 96 ROPs and a 384-bit interface.

Its price is rumoured to be around $799, though we hope that NVIDIA will surprise everyone by announcing a lower price for this new high-end GPU.

Enjoy the images and stay tuned for more!