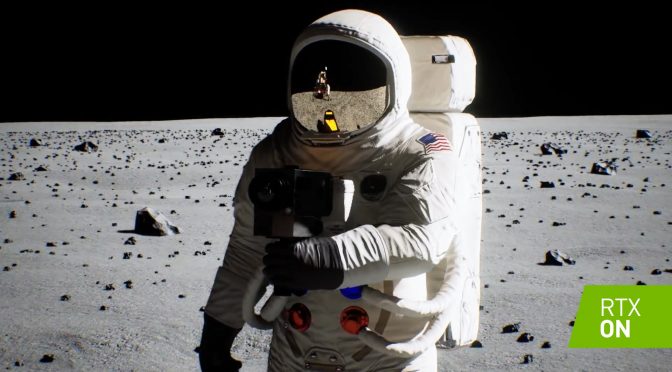 According to NVIDIA, in the new tech demo – and thanks to the RTX tech – each pixel on the screen is generated by tracing, in real time, the path of a beam of light backwards into the camera (your viewing point), picking up details from the objects it interacts.

Now I’m pretty sure we won’t get games looking like these in the next couple of years. Next-gen consoles will release at the later quarter of 2020, and even though we can at least expect a visual jump for most next-gen titles, I don’t expect them to look this good.

But anyway, as said NVIDIA has also released some screenshots to showcase this new RTX version of the Apollo 11 Moon Landing Tech Demo so go ahead and take a look at them!