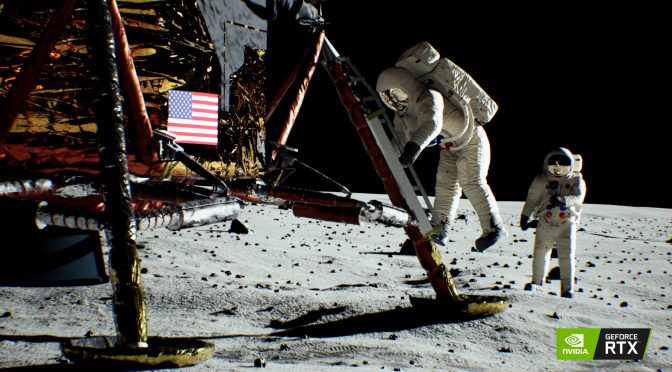 NVIDIA has released some screenshots showcasing the newly implemented real-time ray tracing effects in its Apollo 11 Moon Landing tech demo. These screenshots are spectacular and show what gamers can expect in the next few years or in a decade from now.

The reason I used decade is because these screenshots are in 4K. From what we’ve seen so far, the NVIDIA GeForce RTX2080Ti is able to handle real-time ray tracing in games at 1080p so it will take a long time until we can get these visuals in 4K and at 60fps.

Still, these screenshots give us a glimpse at the future and we are pretty sure that most gamers will appreciate them. Now let’s see Microsoft re-releasing the October update for Windows 10 so that Nixxes can finally implement the real-time ray tracing effects in Shadow of the Tomb Raider.