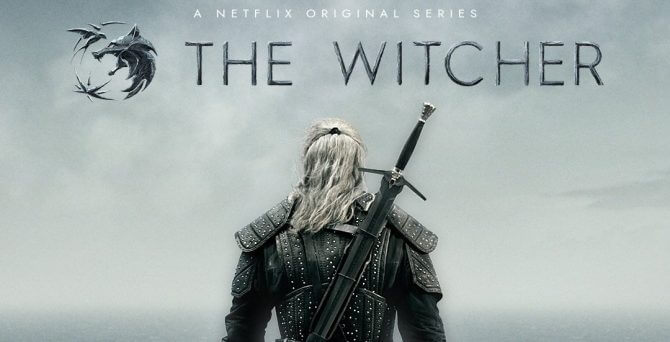 Lauren Hissrich, showrunner of the forthcoming The Witcher show on Netflix, has recently talked to Entertainment Weekly. Hissrich says they only use material from the books which I highly doubt as Geralt and Roach both look like their video-game versions.

To be honest, I don’t see why they shouldn’t draw inspiration from the games. CD Project Red has already created a visual representation of everything Witcher is; from characters to cities and from clothing to monsters. I don’t see the reason to start from scratch.

As Hissrich told Entertainment Weekly when asked about the focus of the first season.

We’re not adapting the videogames, it’s a straight adaptation of the books. Which is great as the videogames are also an adaptation of the books. They went one direction, we actually get to go another. We’re kind of holding close to our chest what we’re doing in the first season. There’s a lot of obviously epic excitement that starts in the saga of the books. But the short stories provided a lot of world building and lay the foundation of this Continent and the politics of it and the understanding of the people of it and those really came into focus in the first season.

Probably Hissrich is not supposed to say that they are indeed take things from the games, probably because they don’t want to pay money to CD Project Red. I am not a showrunner, nor I have the faintest clue on how you make TV shows. But when you have excellent books and excellent games, I don’t see the reason why you shouldn’t pick and choose the best of both worlds.

Here is the rest of the interview.

How did The Witcher first get on your radar? Were you familiar with it before or did you do a crash course after being approached?
A little of both. I read The Last Wish and really loved it. But I never would have called myself a fantasy writer before this. I’ve done some comic book shows, I’ve done a lot of drama. So when I read the book I loved it but never thought I should adapt it personally. When Netflix reached out I read the short stories again and started thinking about what could I bring to this. These three characters — Geralt, Yennefer, and Ciri — really rose to the surface. If you take all the other fantasy elements away, you take the magic and story and violence and sex away, you still have three characters who are this broken disjointed family who really need each other even though they don’t want to admit it. And that was one of the most appealing things to me.

Is there an outright villain? Or is that a secretive aspect?
It’s not a secretive aspect. There isn’t really a villain. One of the things we’re enjoying exploring is all the shades of grey in the books. The characters you’re rooting for in the beginning may not be the characters you’re rooting for in the end. And characters you hate and seem absolutely evil are motivated by something that’s really relatable and human and emotional. I found writing it and then watching it afterward that your allegiance switches a lot. You constantly try to put yourself in the shoes of characters and think what would you do [in a situation]. I think you’ll end up having a lot of empathy for characters you didn’t expect to.

Landing Henry Cavill coming off Mission: Impossible – Fallout and playing Superman was a huge score. How did that go down?
Henry is a huge fan of this property. He’s read all of the books. He’s played all the games. I met him at the very beginning of the process. He said, “I would love to play this character.” I said, “Henry, you’re amazing, but we haven’t even started thinking about casting yet.” Then I met 207 other possible Geralts. And I came back to Henry at the end. He was my very first meeting and four months later I called him and asked if he was still interested and he was. The first time I met him I hadn’t even started writing the scripts yet. And once I started writing I couldn’t get Henry’s voice out of my head for the character. Looking at the final product, it’s really exciting. He embodies Geralt in a way that I don’t think anybody else could.

You started to address this at the end of that answer, but what’s he like in the role?
In the books, Geralt is largely silent, to an extent. He tends to take in what’s around him and process that internally. But you can’t have [a lead character] process everything internally in a television show. So in the first episode, I wrote Geralt with a lot of lines. Henry shot them all, and in the edit we started pulling some of them out. Henry brings subtitles to this character, finding emotional resonance in small moments, and playing it in such a subtle way that you understand what the character is going through without necessarily having huge chunks of dialogue. By the time we got to episode 108 — the finale of the first season — we didn’t even shoot half the dialogue because we knew there was so much Henry could do with Geralt that didn’t require my words.

I noticed in the screen test clip put on Twitter that Geralt didn’t have yellow eyes. Is that added in post-production? Or are you ditching that?
He will definitely have some of the things fans love the most in the books. I think everybody will be impressed by how he looks.

And casting Ciri? Obviously, there was some online controversy around casting that role.
I think that anytime you’re doing casting and you’re casting something that has a lot of existing fans you’re going to get a lot of opinions about whether it matches fans vision. This franchise has millions of fans. We knew we weren’t going to make everyone happy. As you know, per the controversy, we looked at everyone possible for this role. And when we found Freya we made her an offer that day. She’s incredibly special. She’s young, yet has the soul and maturity of somebody much older. She was able to bring a depth to this character. When Freya is in a scene with Henry they really rival each other.

I take it you guys have more of a PG-13 vibe vs., say, Game of Thrones? Or is that an inaccurate assumption?
That’s a pretty inaccurate assumption! I’ve been rewatching dailies and my kids aren’t allowed to look at the screen anymore after one of them snuck around and saw something they shouldn’t have seen and it scared him. It’s a very adult show. I will add it was important to me that any violence or sex drives the story and is not there just for shock value. I think audiences are really savvy and know when we’re doing stuff to just shock them versus do stuff that really drives the story.

What does Witcher bring that’s unique to the fantasy space?
The monster and horror aspect. It’s been done occasionally on fantasy shows but it takes a backseat to magic a lot of the time. Geralt’s a monster hunter so from the very beginning we talked about how to show these monsters and the humans they interact with. I think people are going to be surprised by how many monsters we were able to do and how integral they are to story. It really feels like the monster stories become analogs for bigger things happening in the world right now in different political phenomenons.

And I’m sure fans are wondering when they can expect a trailer?
I cannot say. Obviously, things are ramping up and I cannot wait for fans to see something so I hope it’s soon.