It’s no secret that No Man’s Sky has disappointed a lot of fans. However, today a tweet from Hello Games caught us off guard. A couple of hours ago, the official Twitter account of Hello Games tweeted that the game was a… mistake. 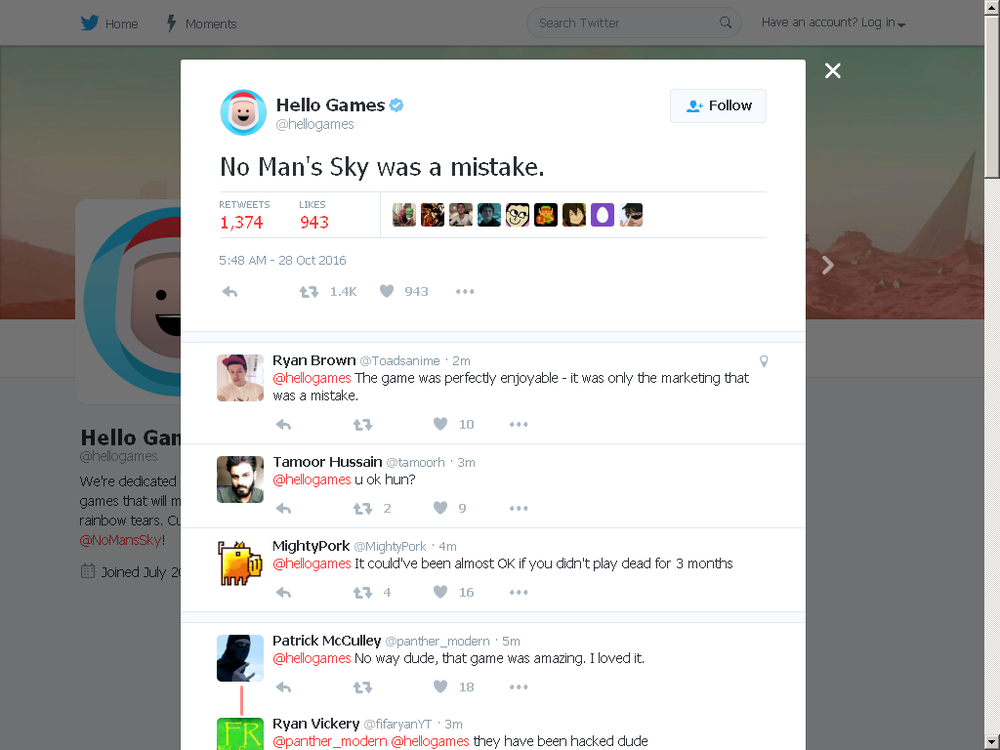 Hello Games has not commented yet on this, however we are pretty sure that someone hacked Hello Games’ Twitter account and posted that tweet. That, or an employee – that was obviously unhappy with the product – posted this without getting a permission.

If our assumption is correct, Hello Games changed its password and set its account to private in order to resolve this issue. So, we kind of expect an official statement once this issue has been resolved.

It’s worth noting that Hello Games has remained silent for almost a month. While the team initially released a number of patches for the PC version, we haven’t heard anything from them – about any new features or improvements coming to No Man’s Sky – for a month.

No Man’s Sky is also one of the few games that was refunded by a lot of PC gamers on Steam. While the game initially sold more than one million copies, it’s now at 808K owners (meaning that at least 200K owners refunded it). 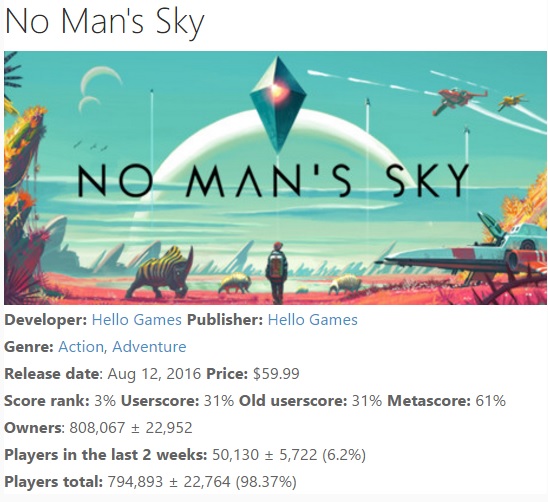 As we’ve correctly guessed, this tweet was due to a server hack. 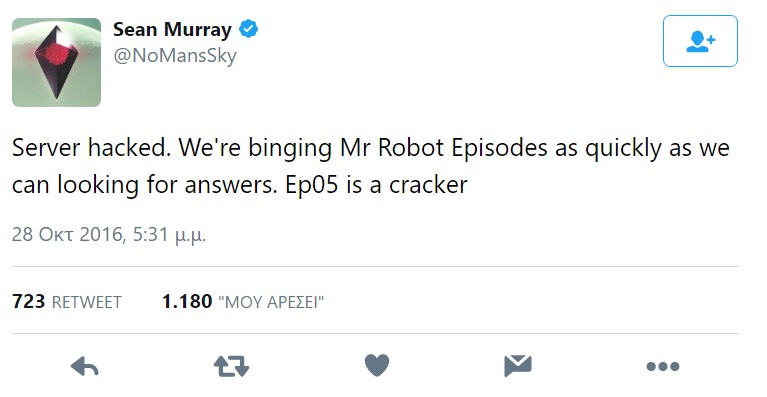