At this year’s GDC, Jurjen Katsman, CEO of NIXXES Software, talked about DirectX 12 and expressed his opinions about it. As we’ve already said, DX12 is not exactly what it was promised and it appears that Katsman agrees to this. And while he admitted that DX12 can be worth the extra effort, he also claimed that it may not be (at least for some developers). 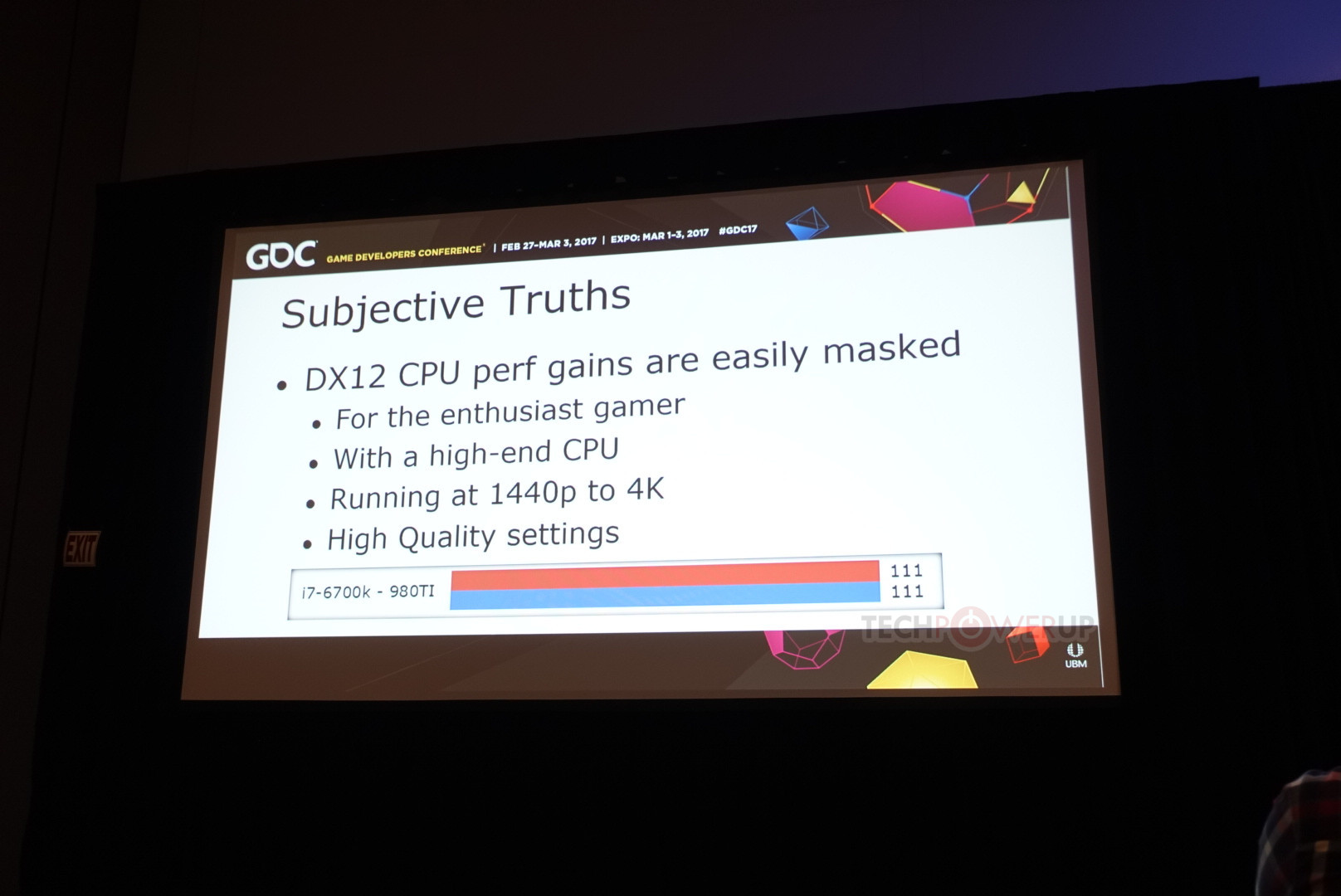 Katsman claimed that the CPU performance gains that come with DX12 are negligible for enthusiast gamers, for those owning a high-end CPU, for those that game at 1440p or 4K resolutions, and for those using High Quality settings. 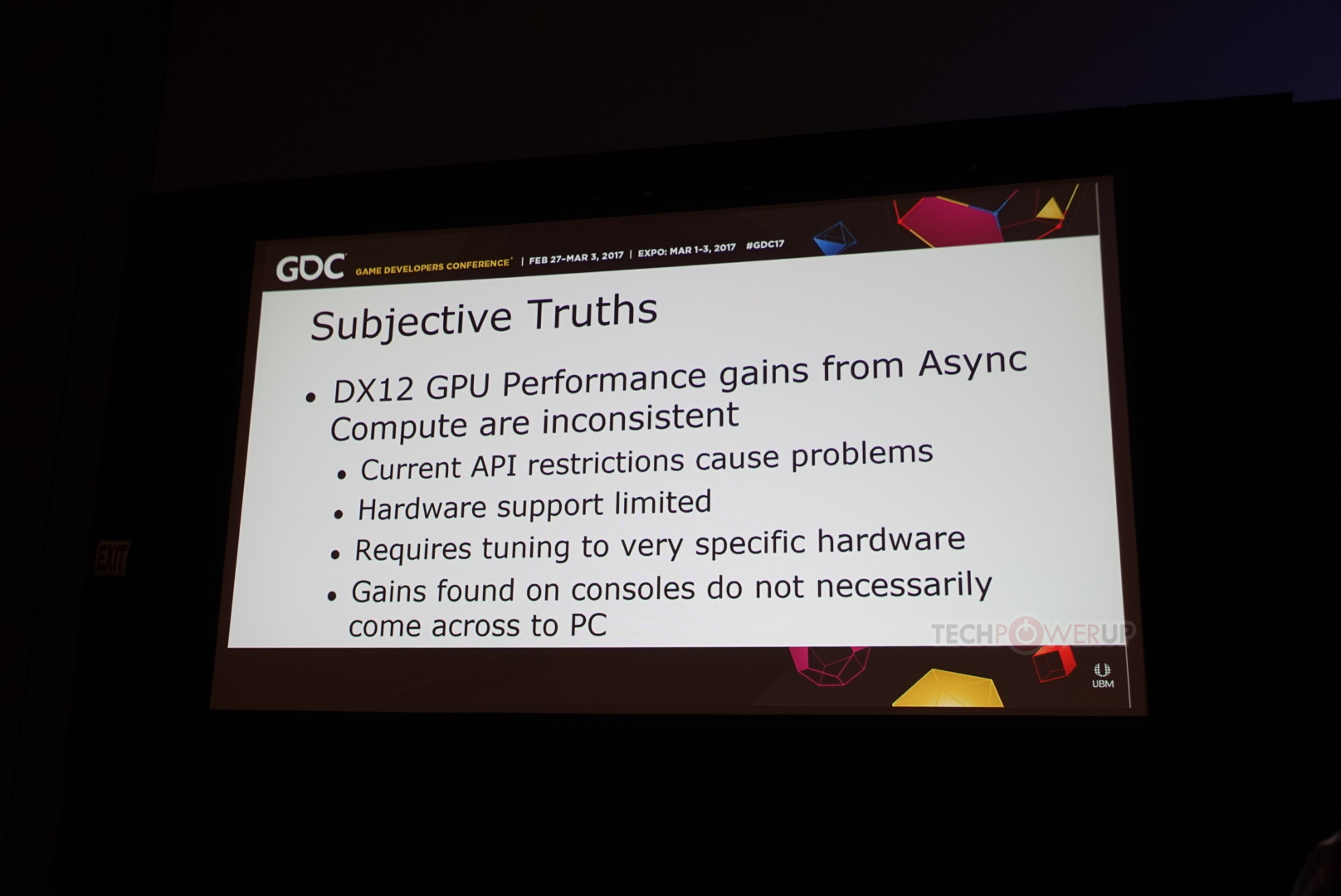 On the other hand, Katsman stated that the GPU performance gains from Async Compute are currently inconsistent. According to Katsman, there are currently some API restrictions that actually cause problems. Moreover, hardware support is limited for Async Compute and it requires tuning to very specific hardware. 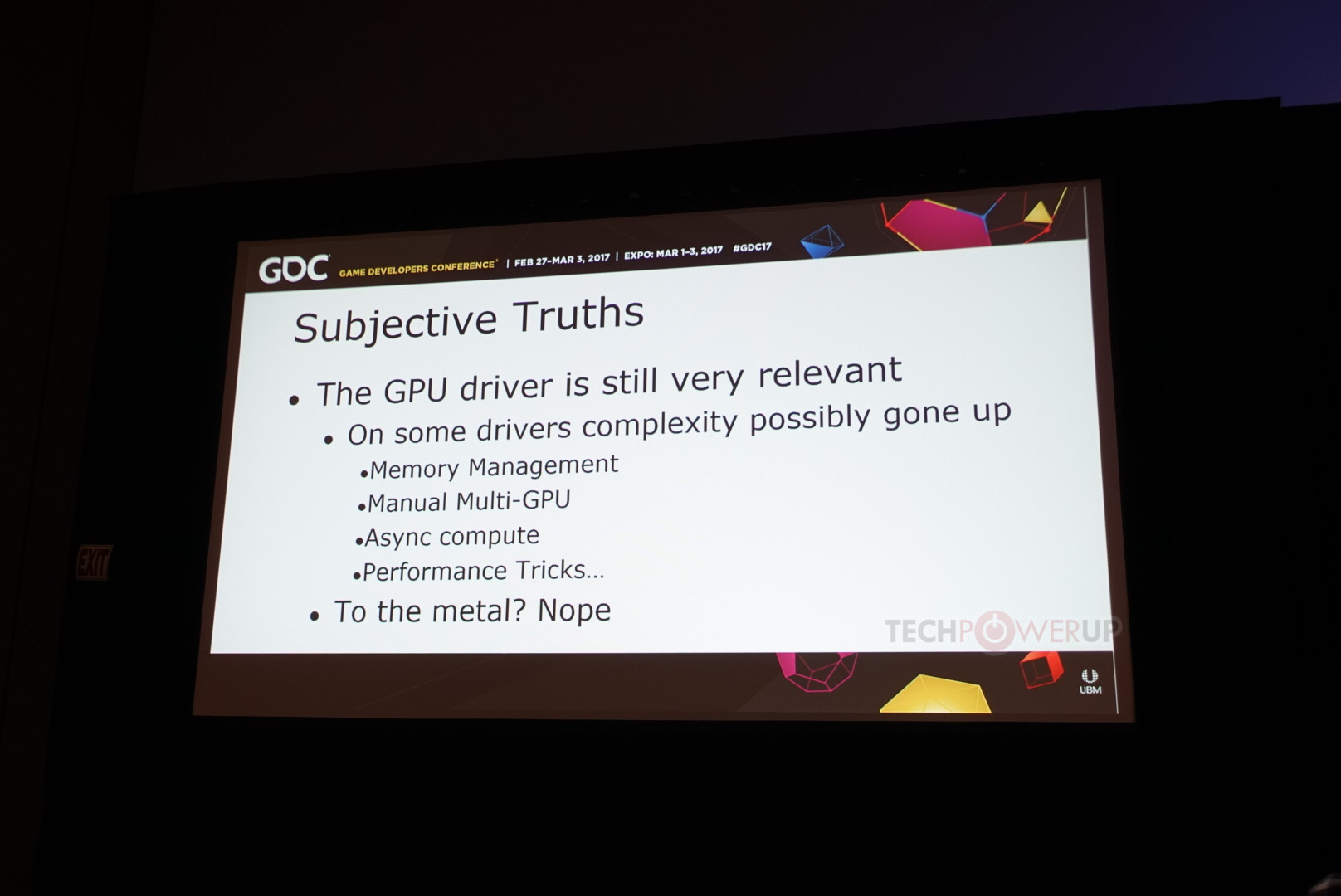 What’s also interesting here is that in DX12 the GPU driver is still very relevant. DX12 is a low-level API and a lot of people believe that this will make things easier for developers. However, that’s not the case. On some drivers the complexities have gone up in the areas of memory management, manual multi-GPU, support for Async Compute, and the various performance-enhancement tricks the various vendors have implemented in DX11. 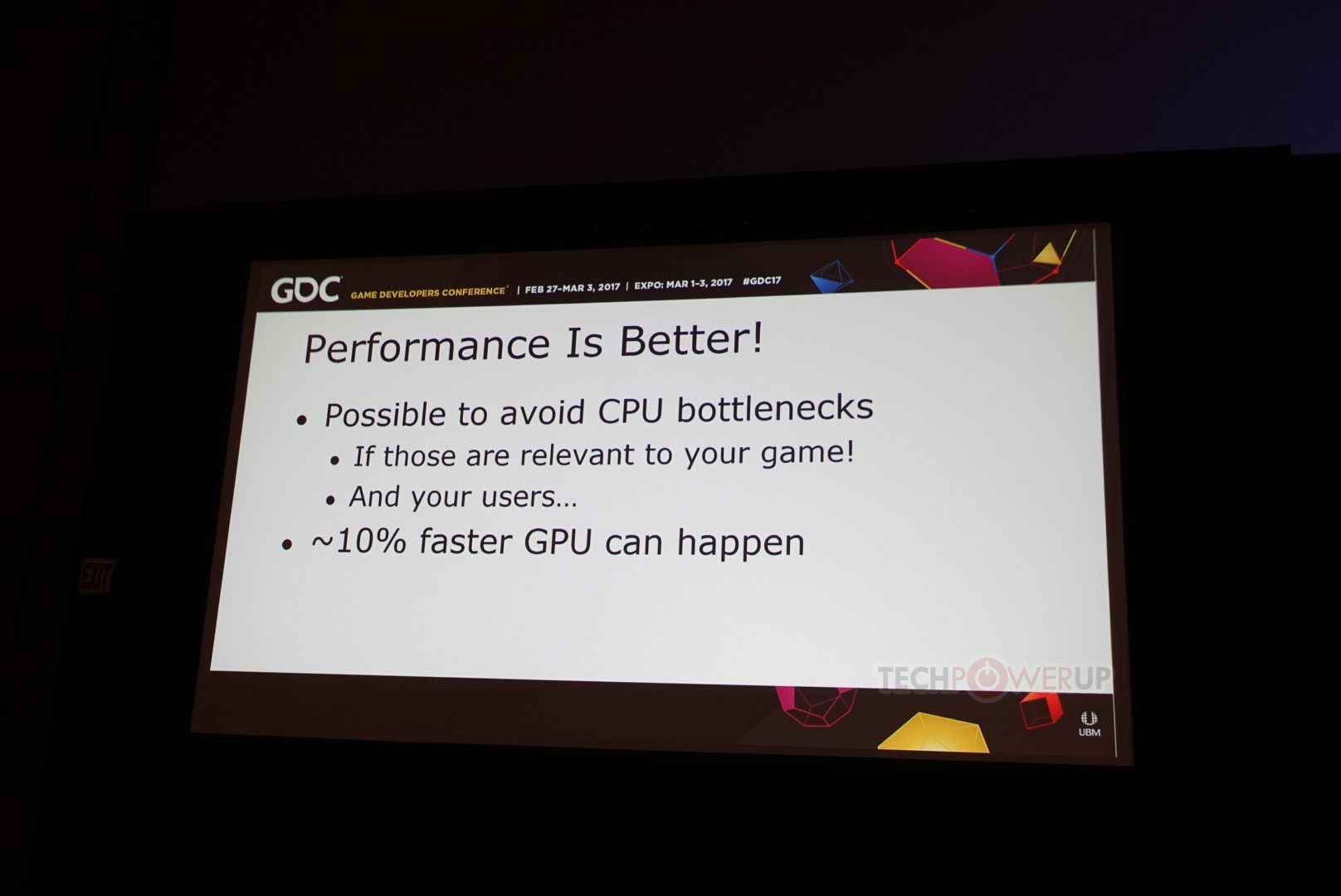 Katsman admitted that Async Compute is the way to go, however the DX12 API may need some improvements. Moreover, Katsman claimed that DX12 can help CPU-heavy scenes that are bottlenecked, and that an overall 10% GPU performance increase can actually happen. 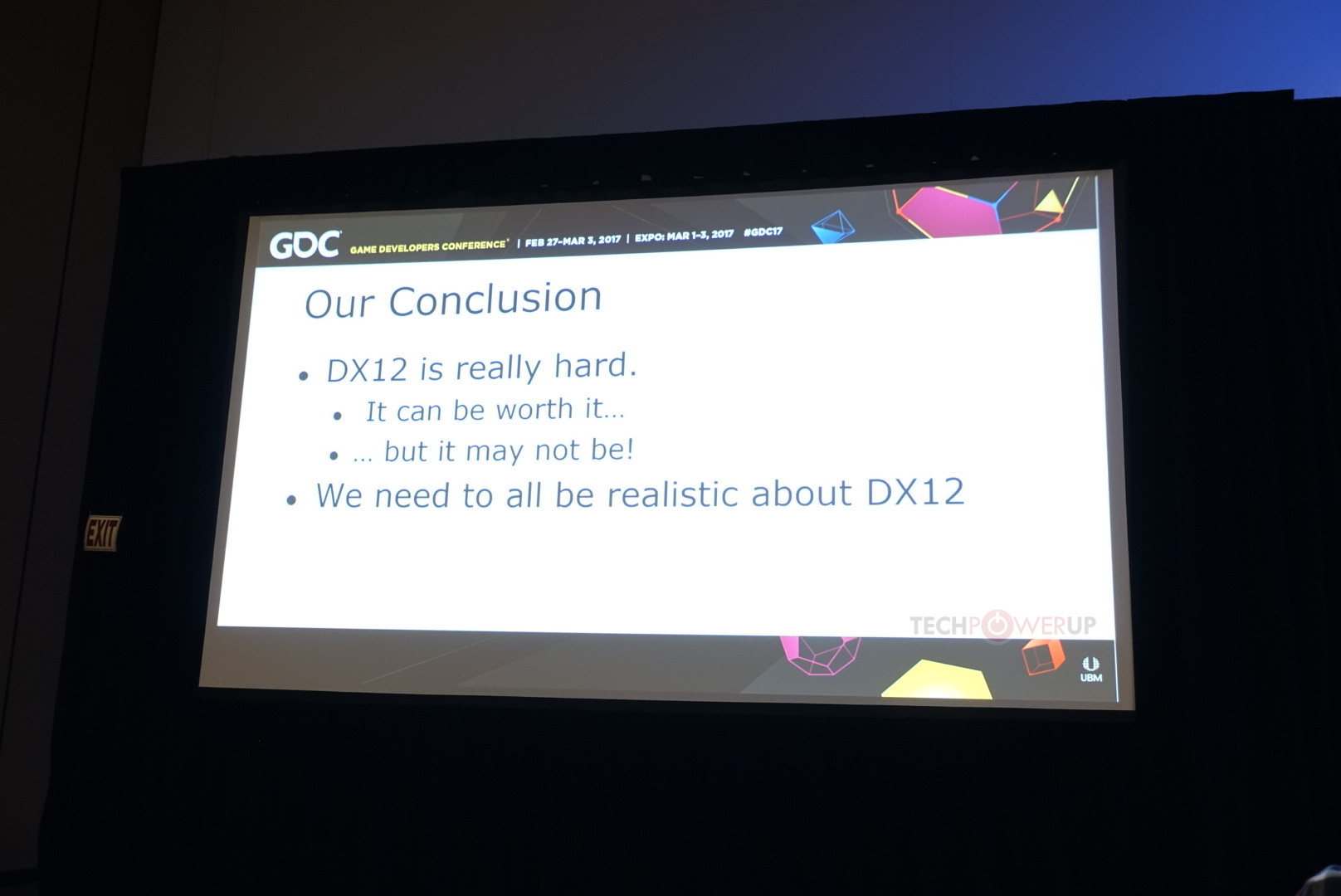 Katsman concluded that DX12 is hard, it can be worth the extra effort, but it may also not be. That’s up to the developers, and PC gamers should lower their expectations about this API.

Of course our regular readers are well aware of these things. Back in December, we talked about DX12 and whether it was worth the hype. And while some criticized us for that particular article, it’s pretty good witnessing developers sharing the same concerns and beliefs with us.

Our take on this? Katsman is right, though he forgot mentioning that DX12 will benefit scenes that are limited by drawcalls, and games that rely heavily on a single CPU core/thread (theoretically, DX12 should improve CPU performance thanks to its better CPU multi-thread capabilities, provided the game does not remain single-threaded).