Great news for all gamers as we got our hands on some interesting tech information about The Witcher 3, Batman: Arkham Origins, Assassin’s Creed IV, Splinter Cell: Blacklist and Watch Dogs. A couple of hours ago, Nvidia held a E3 press event in which the green team revealed some of the features that will be implemented in the aforementioned games.

According to the following slides, The Witcher 3: Wild Hunt will support Nvidia’s GPU PhysX, and TXAA, as well as new techniques for Fur and Hair (Nvidia’s response to AMD’s TressFX tech perhaps?), HBAO+ and tessellation. 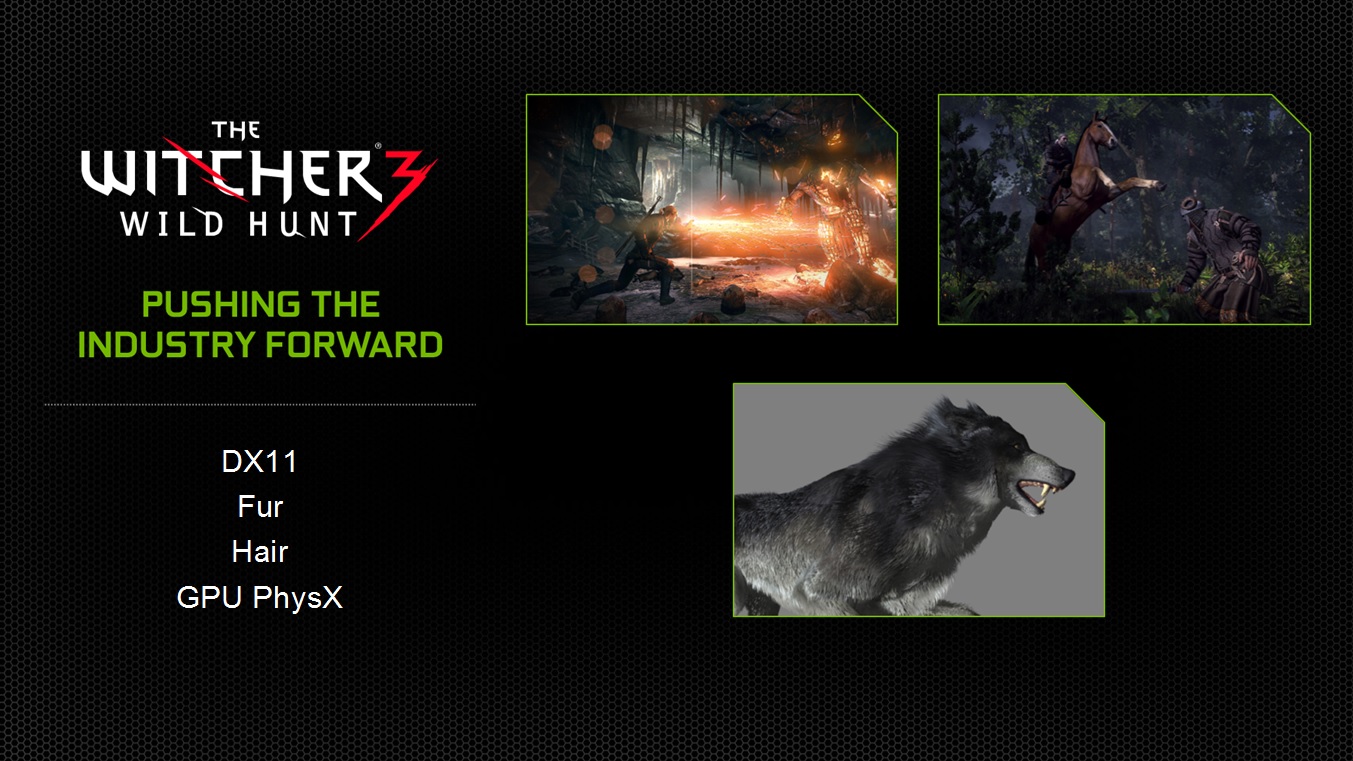 In addition, Batman: Arkham Origins will stay true to its PC roots and support GPU specific PhysX effects, though we hope that the development team will be able to actually take advantage of those effects without bringing additional burden to the CPU. Moreover, we hope that they’ll be using the 3.0 version of the PhysX SDK and not an older one.

It will be interesting to see which of those features the next-gen consoles will support, and whether Nvidia will be able to bring its specific PhysX techniques to those consoles that are powered by AMD’s graphics cards.

Enjoy the Fur demo that was presented during Nvidia’s E3 event!