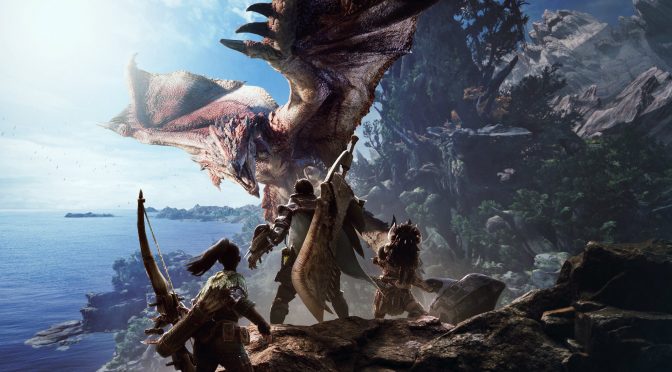 Capcom has released a new major update for Monster Hunter World. According to its massive release notes, this patch will update your game’s version to revision number 154766 and adds a Motion Blur option, will add a free character edit voucher this Friday, packs Localization fixes and features a number of combat bug fixes.

Going into more details, a “Menu button: Skip” prompt has been added for when players press any button except for the menu button during a skippable cutscene, traffic and matchmaking server load has been reduced, and the Autumn Harvest Fest will debut on Steam on Friday.

As always, Steam will download this patch the next time you launch its client and you can find its complete changelog below. Be warned that it is huge. Be also sure to check out our extensive review.

Great Sword
A bug was fixed where holding the right trigger while landing after the 2nd stage of a Plunging Thrust (after comboing into it from a Rising Slash after a slide) would not transition into a guard.
The behavior of the camera during Tackle I and II wasn’t going back to normal when the action finished, resulting in unforeseen behavior. They have now been fixed to match the behavior of the camera from Tackle III.

Hammer
A bug was fixed where a Charged Upswing would be performed when charging and attempting to perform a Spinning Strong Upswing while moving down a slope (before the player begins to slide).

Insect Glaive
A bug related to Strong Jumping Advancing Slash was fixed where only the final attack would be receive the benefits from the Airborne skill. Now all attacks within the move will receive the skill buff.

Bow
A bug was fixed where Dragon Piercer would fire outside the intended range when the reticle was moved out of range the moment Dragon Piercer is fired, and the player tries to aim the bow.

Specialized Tools
A bug was fixed where usable time for mantles would decrease during animations such as sniffing tracks. It has now been fixed so that a mantle’s usable time will not decrease when standing still, which was the original intent.

Camera
A bug was fixed where the target camera would target another monster by itself when a targeted slain monster’s body disappeared during multi-monster slay quests.