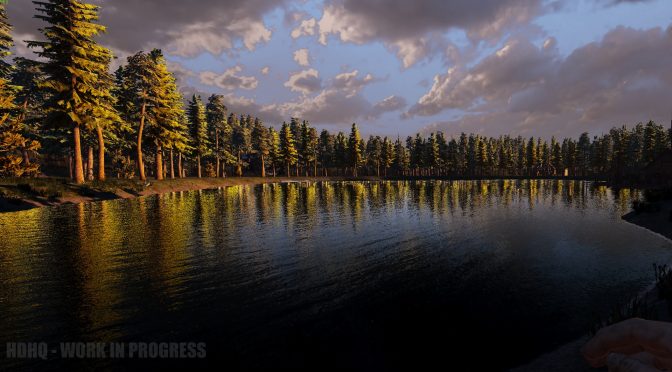 Furthermore, this mod makes some lighting changes to the game. The world is now much more vibrant, saturated, contrasted, and the reflections also get a boost from the new lighting. The differences between Reflections on and off have been minimised and there is Biomes seamless transition between each other as you move through the world.

The forest areas have been also overhauled and the modder has also added some new trees and plants. Moreover, new particles effects have been implemented. For instance, there are Falling Leaves in the Pine Forest, Rising Smouldering Smoke in the Burnt Forest and Radiated Wasteland Fog in the Wasteland.

Last but not least, this mod adds a new Spotlight and hand held torch with increased range, as well as new gun skins (5 Anodized, 3 Rare and 4 Military).

Those interested can download the mod from here. Below you can also find some screenshots showcasing the new 4K/2K textures.