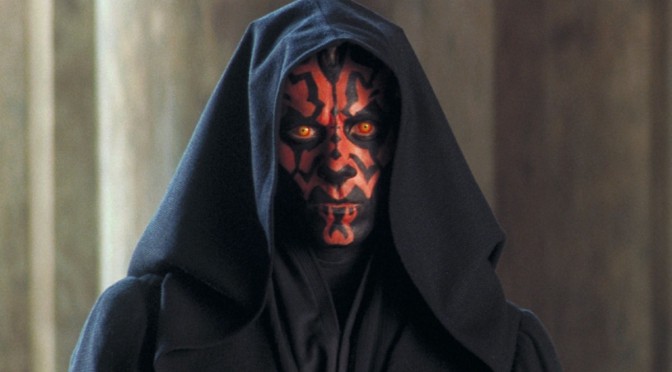 Moreover, Dan Borth revealed that the studio is currently working on a “full next gen demo of all things Maul to show to the powers that be.” Our guess is that this demo will be used to pitch it to publishers. Whether publishers will be interested in it and whether the team will secure the IP rights for creating a Star Wars game remains to be seen.

Regarding the cancelled Darth Maul game, Dan Borth said that it featured a combat system similar to that one of Batman: Arkham series, alongside a reverse fear system.

“We looked at Arkham a LOT. But also had a reverse fear mechanic that we felt was pretty interesting.

Yes! Utilizing his probe droids was a big part of his infiltration abilities and you playing as them was a welcomed break from combat. So it was completely puzzle driven: Shut this down, hack this computer, open this door, gather info. his Bloodfin was just a blast to play. We have that in unreal 4 now and it looks amazing.”

Going into more details about the reverse fear mechanic, Dan Borth had this to say:

“The reverse fear mechanic had Maul using fear to control opponents – you chose to drop down out of no where and behead a guard because you saw the rest of the guards were susceptible to fear so when you did that they would scatter and the AI would kick in. Some of them would run into walls and even wound or kill themselves. When you were trying to plot against opponents that was pretty tough you would not do that. They would stand their ground and engage so it would be better to pick them off one at a time. It really was a great layer to everything and fit his character completely.”

Last but not least, Dan Borth revealed what it would take to revive the cancelled Darth Maul game, provided EA gave the green light to the team.

“We would need to complete our vertical slice of the game – a fully functioning complete portion of the game or as close to it as possible and put it in front of EA and also talk with Disney. EA has the rights to Star Wars on console and PC so it would be up to them to Green Light it. For them they would need to be convinced we could do the game and that it fit into their new vision.”