Yesterday, Steam set a new record for concurrent users as more than 11 million users were online simultaneously. To be more precise, there were 11,625,415 Steam users online yesterday, thus showing how successful Valve’s distribution service actually is.

According to Steam’s graphs, Counter-Strike: Global Offensive was the most played game today as it peaked at 670,081 gamers. DOTA 2 comes second, in the third place we find Team Fortress 2 and in the fourth place we find the dino survival title, ARK: Survival Evolved. Sid Meier’s Civilization V is in the fifth place, followed by GTA V, Garry’s Mod, Football Manager 2015, PAYDAY 2 and Skyrim. 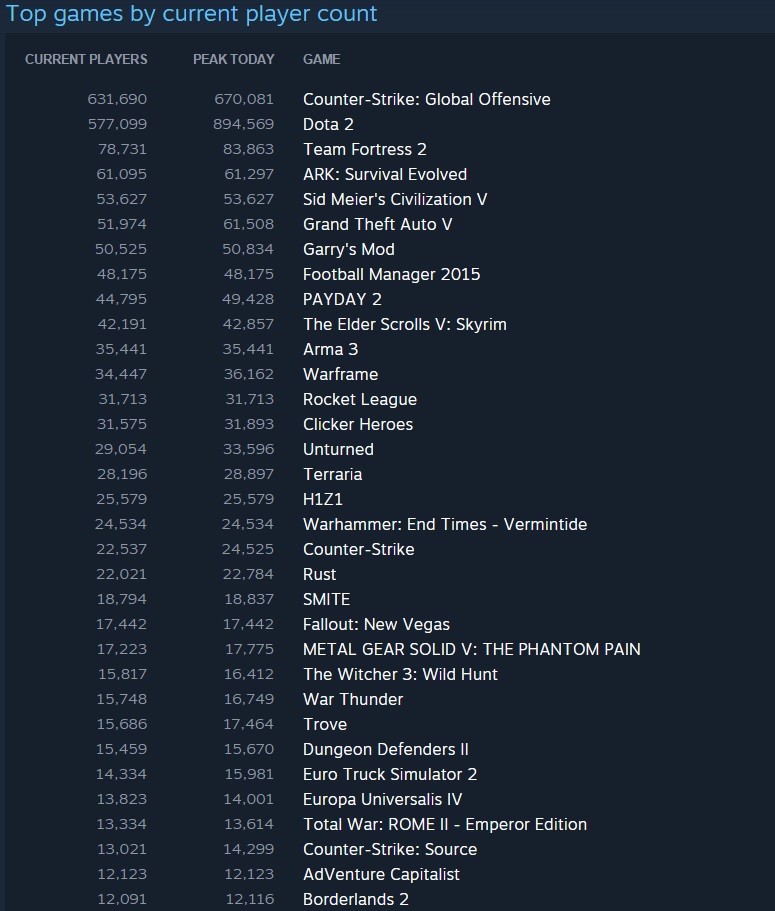