Capcom has provided us with a closed beta key for the PC version of Street Fighter V and below you can read our First Impressions of it. Street Fighter V is one of the few games that offers cross-platform play between the PC and the PS4 versions and if this beta is anything to go by, we can safely say that Capcom is on the right path.

While we did experience some latency issues here and there, the netcode is solid and as good as the one for Street Fighter IV. Now before continuing, I have to note that my experience with SF IV was superb. You see, I was lucky enough to play the GFWL version and even though GFWL – as a service – is considered among the worst things ever, that particular version played extremely well on the PC. It’s no secret that the Steam version of both SF IV and Ultra SF IV suffer from netcode issues. So, good news everyone as SF V plays extremely well even in its beta phase.

Street Fighter V feels completely different than its predecessor. Gone are the amazing counter mechanics and instead of them, players have a V-Gauge via which they can execute a number of “special” moves. To be honest, though, I preferred the counter system of SF IV. See, that counter system added a lot of strategy to the actual game and game players – especially those who were anticipating their enemies’ moves – a means to punish them. That level of strategy is completely gone now. 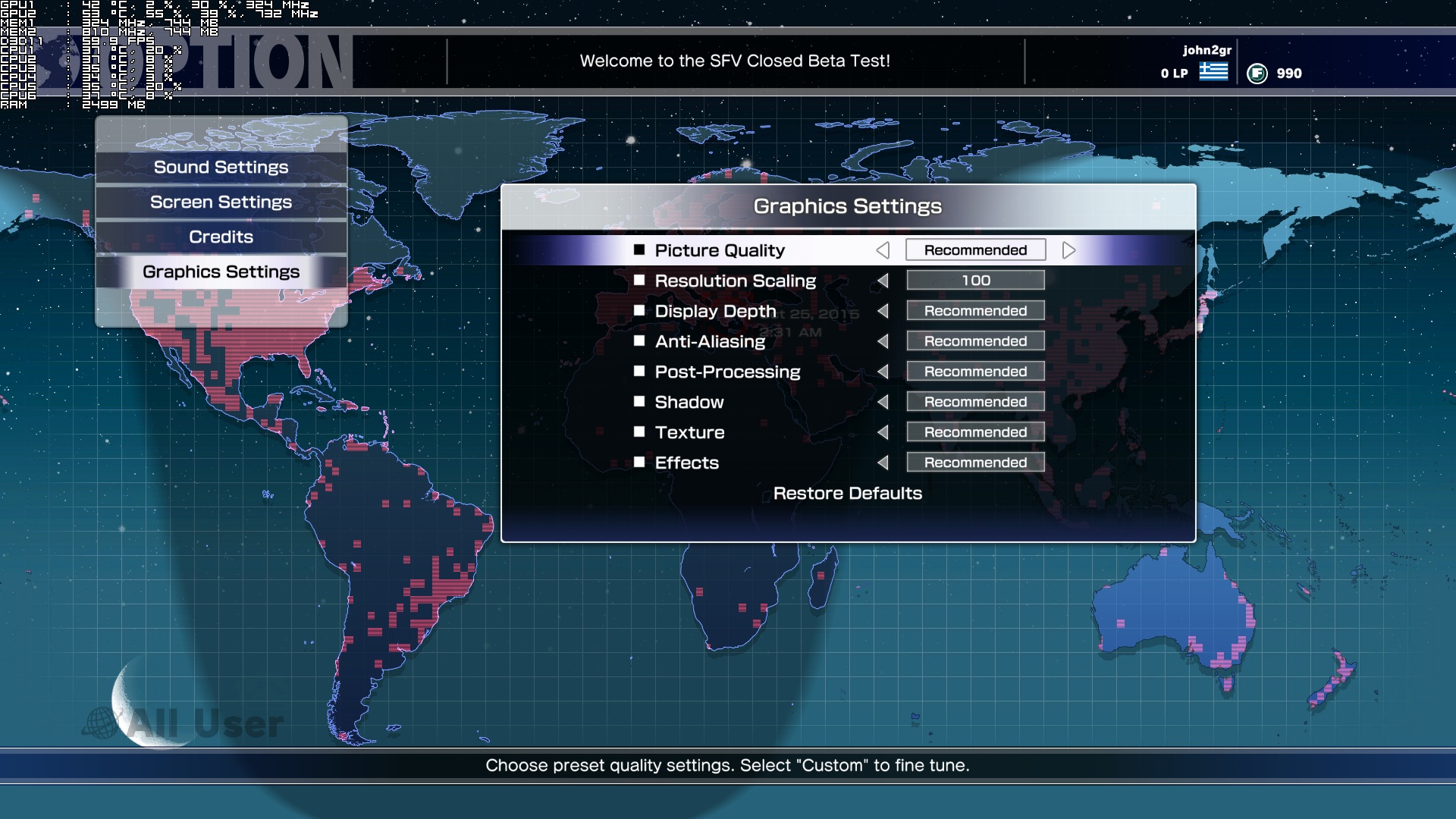 Via the new new V-Gauge system, players have at their disposal V-Skills, V-Triggers and V-Reversals. V-Skills are unique skills per character that can be accessed at any time by pressing medium punch and medium kick together (do note that these skills do not consume any of your V-Gauge). V-Triggers, on the other hand, are unique abilities per character that can only be activated once the V-Gauge is full, by pressing heavy punch and heavy kick together. And V-Reversals take up one stock of V-Gauge, and allow a player to counter the attack of the opponent while blocking.

Not only that, but players need to get used to the new gameplay and movement changes that come with this new version of Street Fighter. Capcom has re-designed a lot of characters and as a result of that, some – if not most – moves and attacks from the earlier iterations are not working here. For example, Ken’s crouch “medium kick” is not as a “wide” attack move as it used to be.

The same applies to various combos that could be achieved by using low and medium punches/kicks. In SF IV for example you could use a variety of low punches and kicks to confuse your enemies. This has been re-adjusted in SF V due to the new hitboxes and moves. Furthermore, players will need to learn from the start a lot of classic characters. Being a fan of Ryu (and then Ken) I had to learn from the beginning how to control and take advantage of Ken’s moves. Ken moves and attacks differently from his SF IV version. 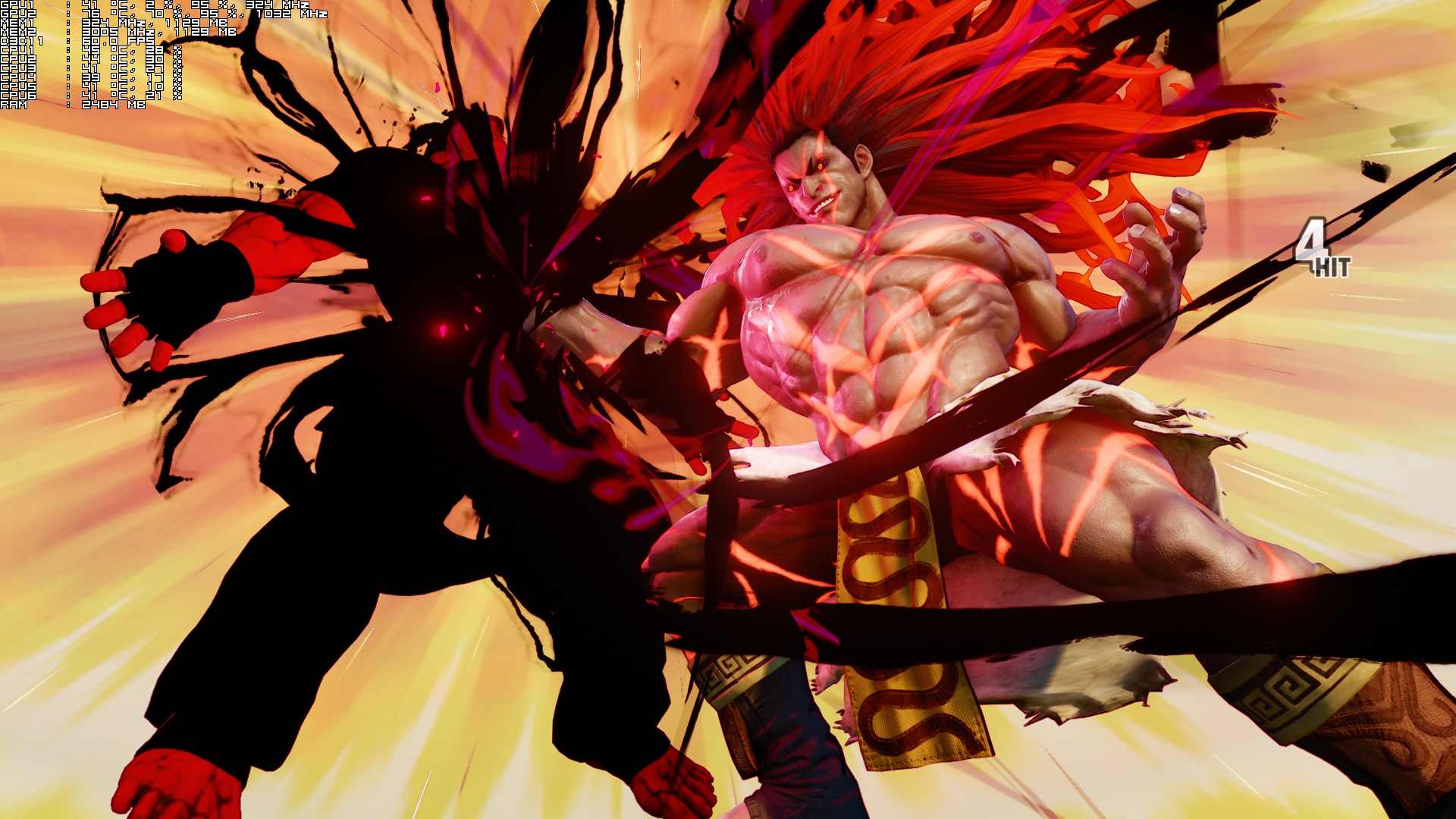 Regardless of whether you like the changes made to the available characters (M. Bison is slower for example), Street Fighter V plays – even in its current beta phase – wonderfully. We did not encounter any performance issues (even though SLI was disabled as NVIDIA has not added any SLI profile for this title) and as we’ve said, the game’s netcode seems fine. Our only gripe is the somehow limited control options. For some bizarre reason, Capcom does not allow players to properly adjust the game’s buttons. While in Street Fighter IV you could use any key you’d wish from your keyboard, in Street Fighter V you have a specific control scheme and you can only switch the available buttons.

For example, in SF IV you could remap your keys by simply pressing “enter” and then choosing one of your keyboard’s keys. In SF V, you can only use one of your keyboard’s keys that have already been set by Capcom to be used. You can’t fully customize your controls. And while SF V is a game meant for arcade stick fans, this is undoubtedly a step backwards, so here is hoping that Capcom will fix it so keyboard players can use any key they want.

All in all, Street Fighter V performs and runs fine on the PC, even in its current state. Moreover, the cross-platform play functionalities of this title will give players more reasons to purchase it, as they will be able to challenge their PS4 friends. Unfortunately – and if this beta is anything to go by – we did not find any lobbies, meaning that players will have to rely on a match-making system. Which kind of sucks. Also, we couldn’t invite a friend to a match, though we are not sure whether this has anything to do with the game’s ranked matches or with the beta build. For what is worth, in SF IV there was an option to invite a friend in ranked match. And if Capcom has indeed removed the option to invite a friend, then this is a major step backwards.

Here is hoping that the Japanese company will address most of the game’s issues (keyboard remap, netcode latency and invite system) that have been mentioned above. Street Fighter V has potential, though some SF IV die-hard fans may be put off by the game’s new combat “V-Gauge” system. Whether this major change was worth it remains to be seen! 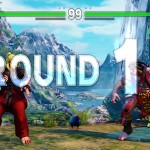 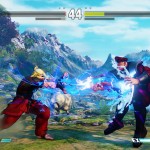 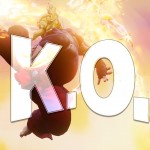