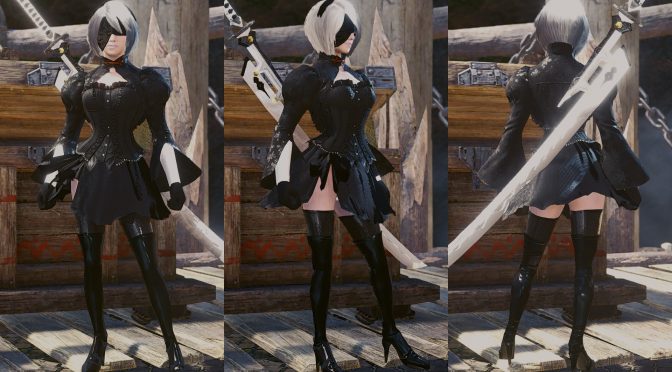 Back in October 2018, we informed you about a mod for Monster Hunter World that allowed you to play as 2B from NieR Automata. And today, we are happy to present you the ultimate NieR Automata experience that you can get in Capcom’s monster hunting title.

Modder ‘BeesKneesMan’ has released a new mod that replaces the game’s music with the one from NieR Automata. This is a complete overhaul of ALL the music in MHW with music and menu sounds from the Nier series.

Furthermore, modder ‘ItsBurpee’ has released another mod that replaces the female voice 19 with 2B’s voice from Soul Calibur VI. In other words, the mod changes voices that are related to attacking, getting damaged, gestures and other various actions. Thus, players can hear 2B while fighting their enemies.

So yeah, PC gamers can now get the ultimate experience of a Monster Hunter World x NieR Automata collaboration.