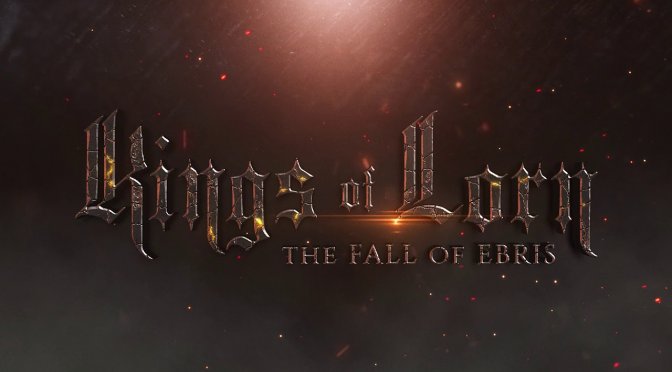 Kings of Lorn: The Fall of Ebris is a first-person dark-fantasy survival-horror game developed and published by TeamKill Media. This is their first game, if I’m not mistaken and I’m getting Dark Messiah, Painkiller, Hexen and Blade of Darkness vibes. I will definitely give this game a go. I will let you know down in the comments if it’s actually worth forty bucks. I hope it does.

Here is the game’s description according to its Steam store page.

“The world of Lera has fallen ill to an unstoppable plague and as the King of Ebris, you – Farren – franticly seek a way to bring an end to your people’s suffering in Ena: The Kingdom Above All Kingdoms. And to rid your world of this illness once and for all.

In the weakness of your distress, your Regent – Gulbrand – speaks to you a tale of hope, a way to purify the world by means of the Spires and the extraordinary resources that await beyond the realms.

Desperate for answers, you leave Gulbrand in charge of your kingdom to trek out to the other six Kingdoms of Lera and reopen the Spires; the other kings willing or not.

You succeed in your endeavor, however with the reopening of the last Spire… something is wrong. The world begins to fall apart, the heavens turn dark and the oceans go dry. In the aftermath of your deeds, you find yourself stranded in the middle of a deteriorating world, only thoughts of worry to comfort you, as you trek onward to get back to your kingdom.

The journey back takes you three years.

And when you arrive… you do not recognize your own kingdom.

Forsaken and betrayed by your own Order, fight back against the forces of a long-forgotten realm as you try to save existence from the evil of a usurper king in pursuit of what lies beyond immortality in the Kings of Lorn: The Fall of Ebris.”

Below you can watch the launch trailer of Kings of Lorn: The Fall of Ebris.

The game is available now on Steam.