In the past few days, Amazon has hinted Mirror’s Edge 2 for Xbox One. Although we don’t know whether DICE and EA chose to develop this title as an exclusive game to Microsoft’s upcoming console, we do know that this game is currently under development and may get revealed at this year’s E3. After all, EA has just launched the game’s ‘help center’ section on its official website, something that can’t be mere coincidence or a simple mistake.

Spotted by NeoGAF user ‘ekim’, the following image shows that Mirror’s Edge 2 is currently up and running. Of course, EA may take it down immediately, but at the time of writing that Help Center can be still viewed by everyone. All you have to do is visit it via this link.

A couple of days ago, DICE has also tweeted via its official Twitter account that ‘Mirror’s Edge 2 was too hard to simply forget,’ hinting that something new was meant to be announced sooner than later.

It will be interesting to see what EA will reveal during this year’s E3. We do know that EA signed up a deal with Microsoft, and since Amazon listed Mirror’s Edge 2 for Xbox One, we could be witnessing a potential Xbox One exclusive game.

Let’s hope that EA will prove us wrong, and that Mirror’s Edge 2 will be a multi-platform title. 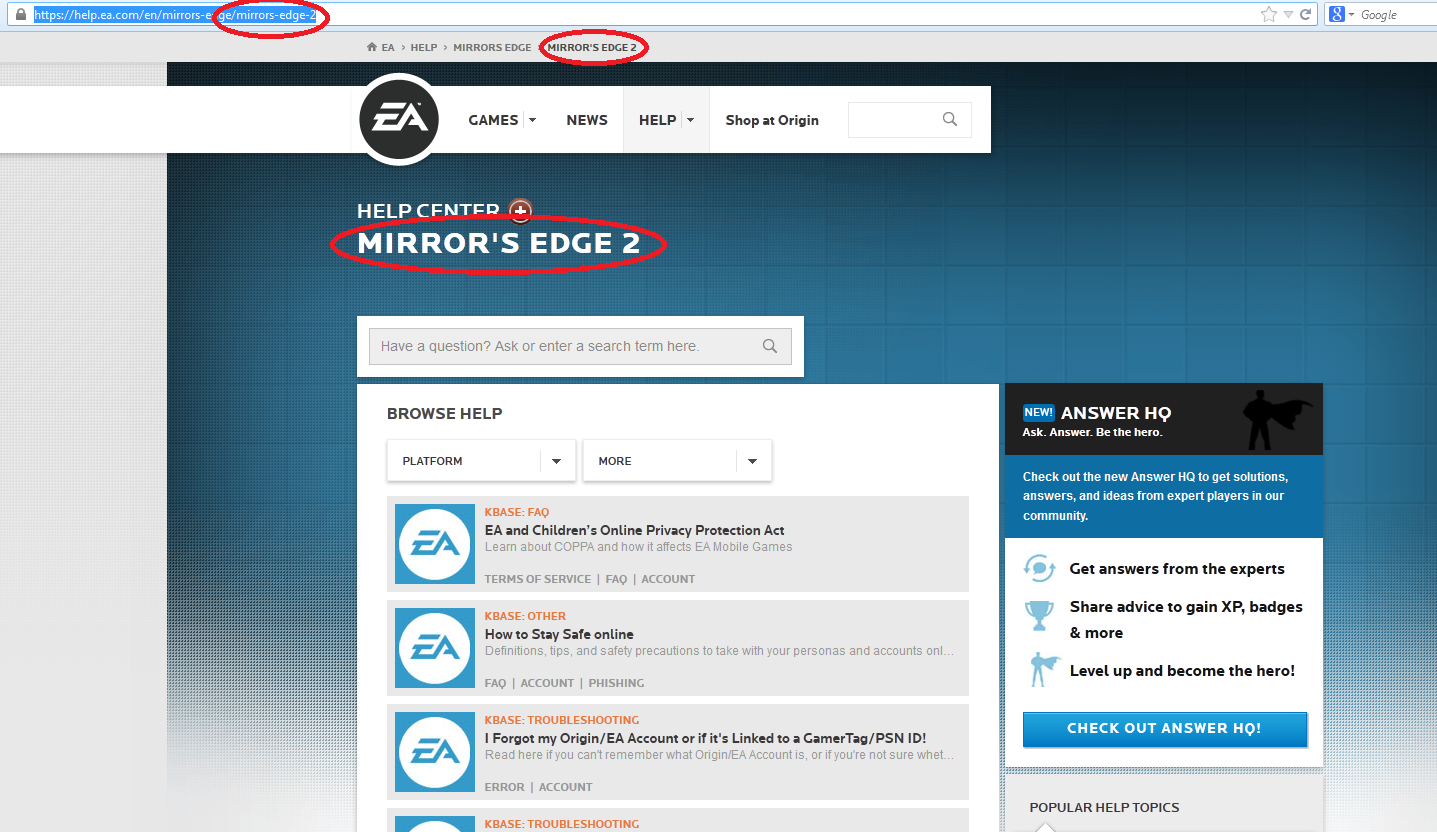