Things are quickly getting out of hand. NeoGAF’s member ‘Regret Truth’ has shared an image from Middle-earth: Shadow of Mordor that shows the PC settings for it. What really surprised us, however, was the fact that: a) there will be an Ultra Texture Pack available for download in day-one and b) it will require 6GB of VRAM when these Ultra textures have been activated.

And that is at only 1080p. We’re not talking about 4K resolutions (so imagine what it will take to push this title at such high resolutions).

Just yesterday, Bethesda claimed that The Evil Within would require 4GB of VRAM in order to be properly enjoyed (at presumably max settings). And now here comes Monolith with those somehow ridiculous requirements. I mean, seriously now, not even the newly released GTX970 will be able to run it. Hilarious. 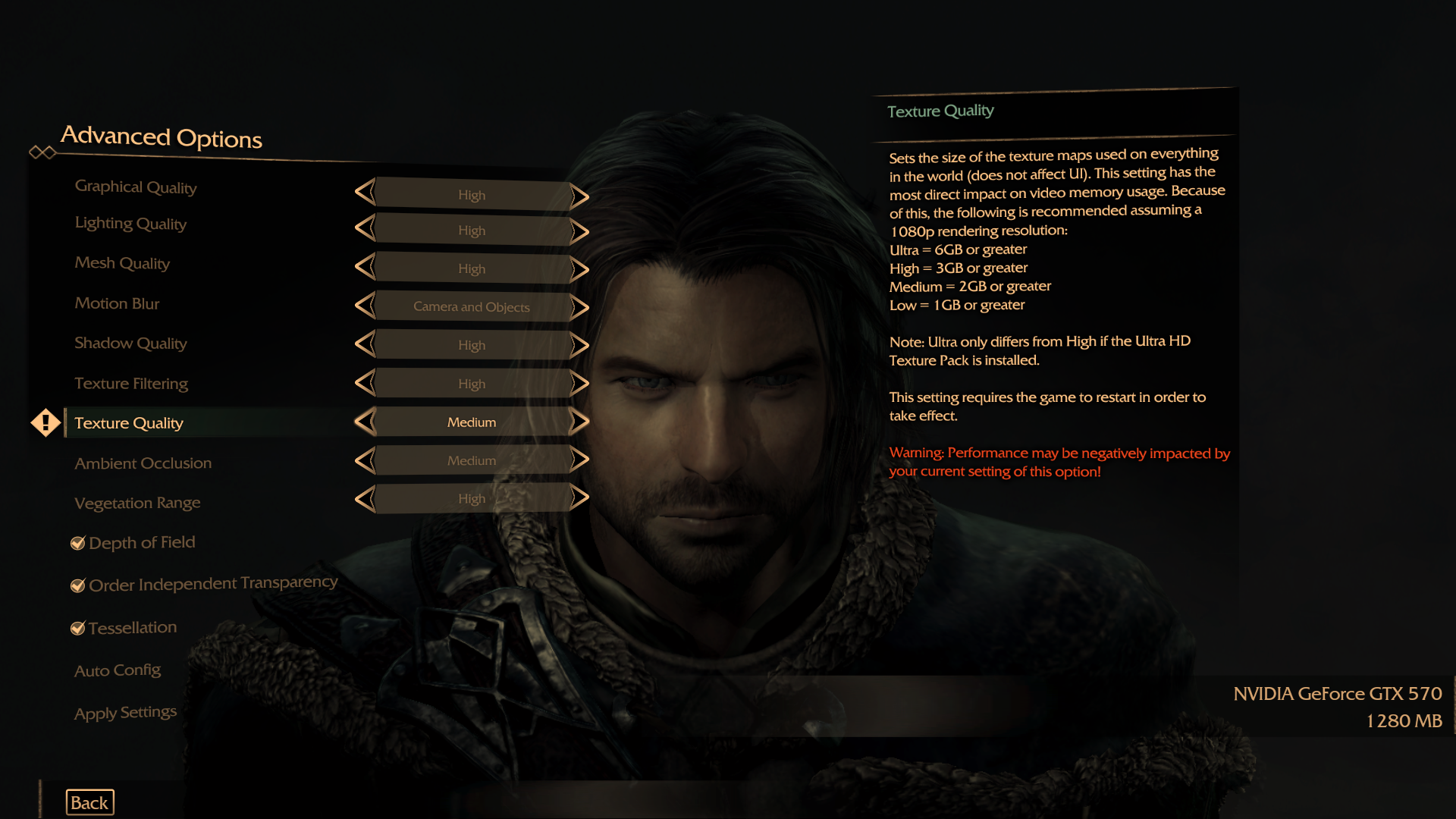