Prior to GDC 2015, we’ve heard various rumours suggesting that DX12 would support multi-GPU configurations from different vendors. And while we did not hear anything about it at GDC, a Microsoft technical support staff member claimed that this feature will be supported by its latest API.

As we can see below, Microsoft’s representative claimed – when asked about the possibility of DX12 supporting multi-GPU systems from different vendors – that DX12 will indeed support such a thing.

This image was originally posted at LinusTechTips. As always, we strongly suggest taking this with a grain of salt until Microsoft officially announces such a feature. 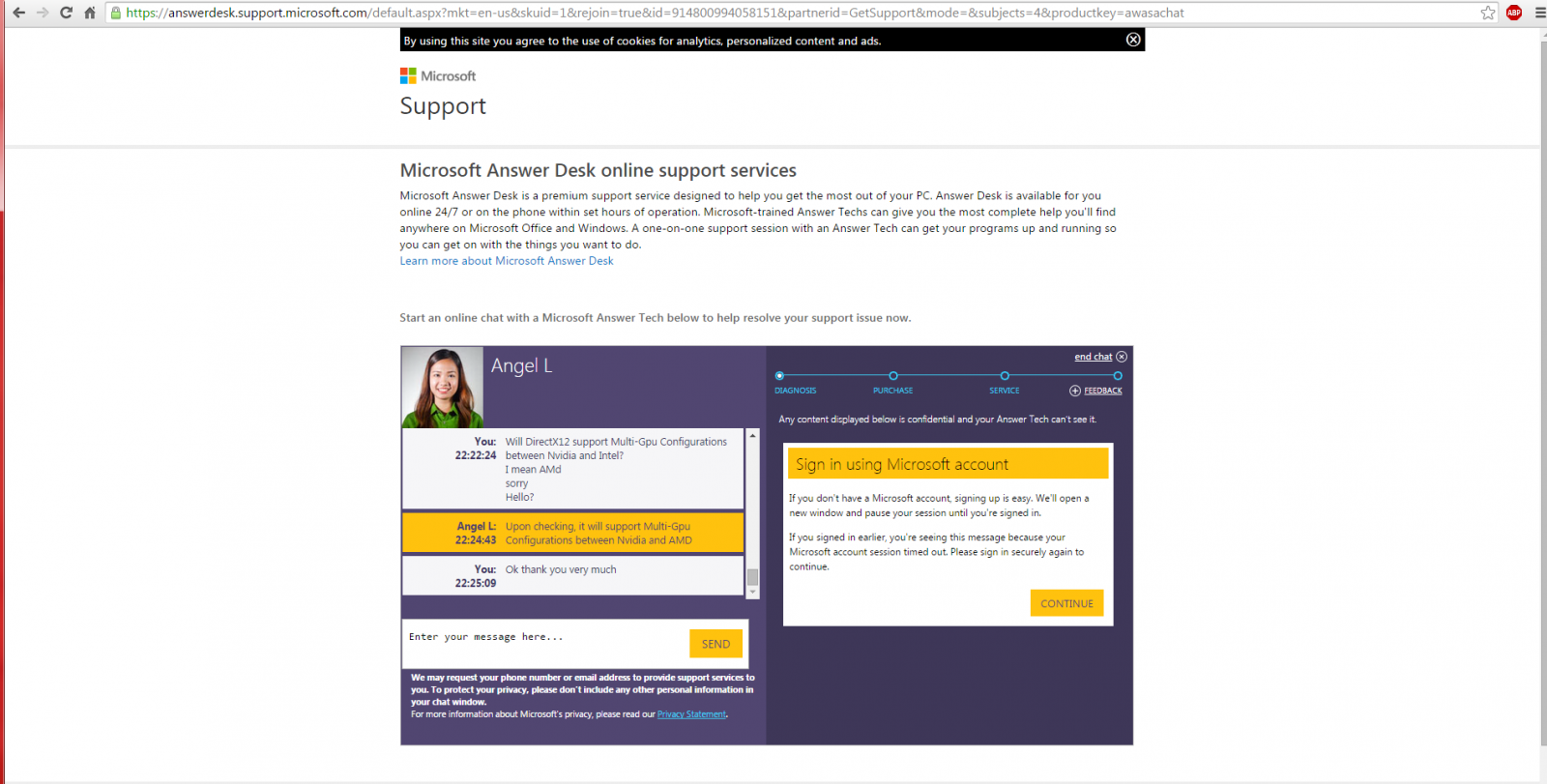