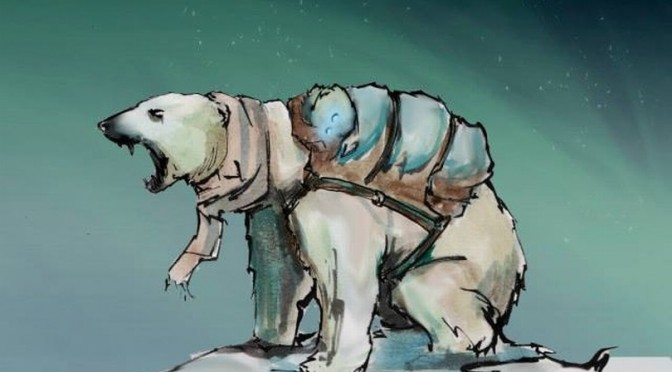 Big Cake Games has detailed its first original IP, Cold Horizon. Cold Horizon is described as a side scrolling exploration adventure with a fascinating story. Cold Horizon aims to feature visuals that will evoke folk art style’s and the use of ethnic instruments in the soundtrack.

The game will throw you into the barely recognisable landscapes of Earth where humans are close to extinction and nature has taken hold of the world.

Gameplay – Navigate each landscape as the polar bear by jumping, running, crawling, swimming and climbing your way past platforming obstacles as well as solving environmental puzzles. Using the young boy’s “gift” in certain scenarios, highlighting the unseen things in the world around you, healing the bear’s injuries, helping solve puzzles and even subduing hostile animals.

Enemies – Danger will come in a variety of forms including wild beasts and the few remaining humans and their animal counterparts who you can evade using stealth or face in battle.

Cold Horizon is currently being developed with the Unity game engine and will be released for PC and PS4 later this year.